A Major Growth Area in the Drone Market: Sense and Avoid Technology 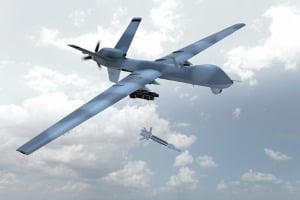 The sense and avoid system is one of the key enabler technologies for beyond the visual line of sight (BVLOS) operation of UAVs that is critical for their widespread adoption for parcel delivery, which is seen as the biggest opportunity in the overall UAV and drone market. Sense and avoid systems offer several advantages such as increasing the safety of UAVs in the airspace and eliminating risks of loss of property or life.

Unmanned aerial vehicles have emerged as one of the advanced tools to reduce manual labour and increase the efficiency of processes across commercial and non-commercial applications. With the reduction in their size and price, demand for UAVs has grown considerably in the past decade, especially across the commercial end-users.

At present, drones and UAVs are being used for several commercial applications such as precision farming, aerial photography, industrial inspection, thermal imaging, and security. The robust growth in the demand for UAVs is also a result of their growing popularity with hobbyist end users.

The Rise of Sense and Avoid Drones

The rules and regulations imposed by the government for UAV safety serve as the primary drivers for the global UAV sense and avoid systems market. The rising concern for the safety of people around UAVs and beyond-visual-line-of-sight operations over populated areas have created an imminent need for the installation of sense and avoid systems in UAVs.

The report by BIS Research divides the market by technologies used in sense and avoid systems in UAVs into cooperative and non-cooperative technology:

The cooperative technology segment reported the highest revenue for the year 2016 and is likely to grow at a CAGR of 38.72% during the forecast period.

Concerning revenue, the commercial segment is expected to grow at the highest CAGR of 39.79% during the forecast period, 2016-2022.

Find Out More in the Report

This drone market research report provides an in-depth analysis of the key strategies and market trend dynamics which include drivers, restraints, and opportunities prevailing in the global UAV sense and avoid systems market. The report includes a comprehensive examination of the key ecosystem players and developments taking place in this market.

Some of the key players mentioned in the report include: