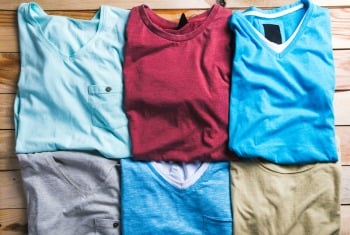 Powerful forces are turning the retail apparel industry upside down.

“The retail apparel business has always been tough,” said Jack W. Plunkett, CEO of Plunkett Research Ltd, in a video on the topic. “But it’s become much worse, frankly, in recent years.”

The U.S. apparel and accessories industry is down more than 10% in the last year, with several apparel company stocks hitting new multi-year lows. Although the U.S. GDP has risen for eight consecutive years and unemployment has decreased, retail apparel stores continue to struggle.

A variety of global factors are shaping the future of the clothing industry, from the rise of fast fashion to the growth of direct-to-consumer selling. Watch Plunkett’s video for a quick overview, or read the synopsis below to learn more.

Although China has been the largest exporter of textiles and apparel for years, a significant amount of offshore manufacturing is moving to lower cost countries such as Bangladesh, Pakistan, and certain places in Africa — a trend that is likely to increase over the long term.

“China is changing, thanks to a slightly smaller workforce in China and rising demands for better wages and working conditions,” Plunkett explained. “China is finding itself paying more and more to workers, and therefore manufacturing in China itself has become less and less competitive.”

China will not stop being an apparel or textiles manufacturer, but it will continue to move up-market in the type of products it manufactures.

Fast fashion is another powerful force putting pressure on the apparel business.

What is fast fashion?

“Fast fashion is designing clothing that is very modestly priced, and moving items from the design desk through manufacturing into retail stores around the world in sometimes as little as four or maybe even three weeks,” according to Plunkett.

Spain has become a leading manufacturer of fast fashion, as well as Japan to a certain extent. Well-known fast-fashion brands include H&M, Zara, and ASOS. However, critics say that fast fashion may harm the environment and the economy by creating added waste and neglecting worker safety.

While worker’s rights have been a source of concern for some time, a number of tragic disasters in clothing factories — including the deadly collapse of a large Bangladesh garment factory burying thousands of workers — have led to a new sense of urgency.

According to Plunkett, big companies are trying to impose new standards on offshore factories where their clothing is made. “This, of course, is driving costs up,” he noted.

Retailers have long faced significant challenges, such as high competition, high real estate costs and rent, and high advertising costs. Increasingly, brick-and-mortar clothing stores are also losing business to the Internet. E-commerce behemoths like Amazon and Zappos have taken convenience to the next level, and offer discounted prices and detailed product reviews to boot.

Another key challenge for clothing retailers: consumers aren’t as interested in spending large amounts of money on clothing. People appear to have reprioritized their spending since the recession.

5. The Rise of Direct-to-Consumer Selling

The last factor Plunkett highlighted is the disruptive influence of direct-to-consumer selling. New websites hire manufacturers to have their clothing made and then sell it directly to consumers online at prices of about half of what shoppers are accustomed to seeing in retail stores. Direct-to-consumer selling allows companies like Everlane to maintain low overhead and bypass wholesale distributors and retail stores. Plunkett predicts rapid growth in this segment over the long term.

To get more detailed industry market research, be sure to check out Plunkett's Apparel & Textiles Industry Almanac 2017, which provides industry trends analysis, market data and forecasts, competitive intelligence, and in-depth profiles of hundreds of leading companies.

About the Author: Sarah Schmidt is a Managing Editor at MarketResearch.com, a leading provider of global market intelligence products and services.