The Rising Demand for Drones in the Retail Sector 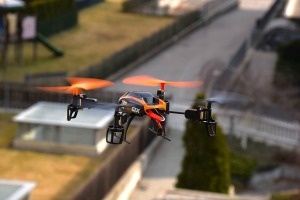 Interest in drones from the retail sector is growing rapidly as competitive pressures push retailers and distributors to develop new ways to make their supply chains more efficient, to automate warehouses, and to reduce delivery costs. Walmart, the nation’s largest retailer, recently announced plans to use drones for inventory management in its warehouses. Amazon, the nation’s largest internet retailer, is researching the use of drones to deliver packages to consumers. Global e-commerce giant Alibaba is testing delivery drones in China while DHL is already using drones to deliver packages in Germany.

According to Ken Long, research manager at the Freedonia Group, “The consumer market will remain a key driver of overall sales growth for drones, fueled by technological advances that are making drones easier to fly, and by the reduced cost and improved capabilities of key subsystems, which are helping to make drones more affordable to the average consumer.”

Personal photography has been the most significant consumer application for drones so far. But camera-equipped drones are expanding their use into a number of other consumer and commercial applications. Drones are being used to photograph sporting events and by real estate agents to take pictures of large estates and other difficult to photograph properties. Utilities are using drones to inspect electric lines and communications towers.

The use of drones in retail and wholesale distribution is currently minimal but is expected to increase rapidly over the next decade. While Amazon has received the most attention with its drone-based delivery concept, drones could have numerous uses in the retail sector including store site selection, building security, logistics, traffic analysis, and inventory management. Walmart alone has over 150 distribution centers and numerous supercenters in the US that are potential users of drones. A move to drones would allow the company to become more cost competitive by reducing the number of employees needed at each location, and more efficiently managing its supply chain. This is a key factor as the company faces continually increasing competition from both online retailers like Amazon and deep discount brick-and-mortar stores like Aldi.

With drones already being tested and used for retail purposes outside the US and the many benefits drones can offer retailers in terms of cost control and efficiency, it is only a matter of time — and regulatory approval — before drone demand in the retail sector takes off.