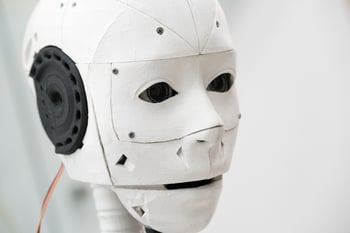 According to a market research report by BIS Research, the Simultaneous Localization and Mapping (SLAM) technology market was estimated at $50 million in 2017 and is estimated to reach $8.23 billion by 2027.

Simultaneous Localization and Mapping is used in computer vision technologies that receive visual data from the physical world with the help of numerous sensors installed in the devices. SLAM technology converts this data in a different form, making it easier for the machines to understand and interpret data through visual points.

Before the invention of Simultaneous Localization and Mapping, indoor machines faced the problems of localizing themselves in their surroundings and understanding the map of the environment where they are operating. These problems were referred to as chicken and egg problem; as for the localization, it was necessary to have the maps of surroundings, and for mapping the surroundings, localization was needed.

This chicken and egg problem is addressed by SLAM tech, which simultaneously solves the problem of localization and mapping. This is very useful in indoor platforms such as robots, unmanned aerial vehicles, and augmented reality platforms along with outdoor applications such as autonomous vehicles.

One of the very first mentions of SLAM tech can be found in a research paper published in 1986 by Smith and Cheeseman. Ever since, the research has taken several turns, and the technology has refined in several aspects.

For instance, around 2001, a ground-breaking development happened in the field showed that SLAM can be successful with just a single camera. Before this, one needed cameras alongside other sensors to demonstrate Simultaneous Localization and Mapping. SLAM with one camera is known as monocular SLAM. The advent of monocular SLAM resulted in the widespread adoption of SLAM technology in devices such as webcams and mobile phones because they featured a single camera.

Companies are also seeing immense potential for the technology in autonomous vehicles. For instance, Alphabet, Inc. uses self-driving SLAM cars, which it is researching under its fully owned subsidiary Waymo, which started out as a program for autonomous vehicles.

Furthermore, in the field of robots and UAVs, there have been several launches of SLAM technology based products which showcase the inclination of companies toward the technology. For instance, in 2017, the French drone manufacturing company Parrot launched an attachable system called SLAM dunk which can be attached to any UAV to provide it with autonomous operation feature.

Key companies are seeing opportunities for Simultaneous Localization and Mapping in the field of robots, UAVs, augmented reality and autonomous vehicles. Furthermore, the individual markets of technologies are projected to grow with double and triple digit CAGR in the upcoming years. 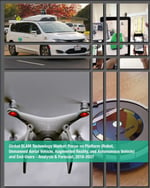 The study talks about prime supply side factors affecting the growth of the market along with current and future trends, market drivers, restraints, and challenges. A detailed competitive analysis of key players in the market is also provided.