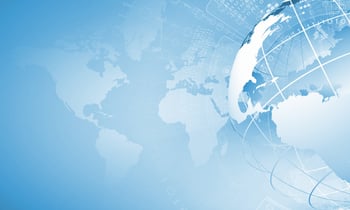 According to a new report by BIS Research, the global airborne LiDAR system market recorded a revenue of $732.4 million in 2016 and is expected to reach $1.5 billion by 2021.

The airborne LiDAR system market has witnessed a high growth rate during the past three years owing to high demand for airborne imaging systems worldwide, the superiority of LiDARs as compared to conventional sensors, and a rise in the demand for miniaturized Micro-Elector Mechanical Systems (MEMS) sensors.

The recent innovations in LiDAR equipment and services enable airborne LiDAR technology to reach a wider segment of consumers in the industry.

LiDAR is regarded as a revolutionary technology for airborne mapping, as it delivers highly accurate terrain data in a cost-effective and opportune manner. Although the technology has been in existence for a few years now, there are still a small number of airborne LiDAR manufacturers globally, when compared with airborne LiDAR mapping services. However, there is a developing consensus in the airborne mapping industry that airborne LiDARs are a cost-effective alternative to the conventional technologies for creating digital geospatial models with accuracy.

Once a niche market, airborne LiDAR technology has now become a novel solution for geospatial data acquisition. The basis of this development is the ability of airborne LiDAR to directly measure 3D structures using active sensors. The data acquired through airborne LiDAR is reliable and accurate, and thus, can be utilized for the development of national guidelines and standards in different domains, including aerospace & defense, oil & gas, mining industry, and transportation & logistics, among others. In combination with simultaneously acquiring aerial imagery and data points, airborne LiDAR is an extremely prevailing system which supports a wide range of applications.

According to the LiDAR market report, the UAV platform had the highest market penetration rate in the overall airborne LiDAR system market in 2016, followed by aircraft and satellite, mainly due to the maximum number of airborne LiDARs being deployed in drones for commercial end-user, along with the increased number of emerging start-ups in the UAV market. Companies operating in the market are specifically designing airborne LiDAR systems for small drones, which are lightweight and cost-efficient. There is an increase in the number of manufacturers in the market, mainly due to reliable, precise, and outstanding outputs of airborne LiDAR equipped UAV aerial mapping systems.

The mining industry is the biggest end user for the airborne LiDAR system market, which accounted for 36.4% of overall revenue generation in the airborne LiDAR system market in 2016, followed by aerospace & defense, ground transportation & logistics, and civil engineering. However, the earth science and research end user are expected to witness the highest growth in the market in the coming years, which finds its applications in flood modeling, pollution modeling, coastline management, and archaeology, among others.

The report also divides the LiDAR market based on different end users, including aerospace & defense, earth science and research, civil engineering, forestry & agriculture, mining industry, and ground transportation & logistics. The mining industry had the highest penetration in the market in 2016, with a market share of 36.4%, followed by aerospace & defense, ground transportation & logistics, and civil engineering. The end user generated $266.7 million in 2016 and is expected to reach $468.7 million by 2021, with a growth rate of 11.9% during the period, 2016-2021. The highest market share of the mining industry is mainly due to the increase in the number of ortho-imagery/LiDAR projects for the mining community in the market.

The airborne LiDAR system market, though an emerging market, is one of the most highly competitive industries, with the leading players actively competing against each other to gain a greater share in the airborne mapping industry. Some of the key LiDAR companies profiled in the report are RIEGL Laser Measurement Systems GmbH, SABRE Advanced 3D Surveying Systems Ltd., and Leica Geosystems AG.

Need more information? Click the button below to view the report page on MarketResearch.com and download the study today.