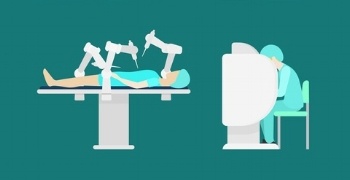 According to a new market research report by BIS Research, the global surgical robotics market is expected to reach a value of $12.6 billion by the year 2025, owing to factors such as:

According to the market research report, the surgical robotics segment accounted for the highest share of the medical robotics and computer assisted surgery market due to the rising adoption of surgical robotic systems across various hospitals, recurrent sales of accessories for these systems, and demand for highly efficient replaceable components. However, hospitals & pharmacy robots are likely to emerge as the leading segment, which is attributed to improving healthcare infrastructure and increasing healthcare expenditure across various geographical regions.

Based on products, this market intelligence report divides the surgical robots market into various surgical systems, instruments and accessories, and maintenance services. Among these categories, instruments and accessories segment acquired the highest market value in the year 2016 and is expected to grow at a CAGR of 11.4% during the forecast period 2017-2025. However, it is the services (including maintenance and up-gradation) segment which is anticipated to grow at the highest CAGR, which is 12.9%, during the forecast period 2017-2025.

The report has covered all the major surgical robotics systems that are currently available in the market, in term of volume data. Among the systems that have been covered, the da Vinci Surgical System, which is manufactured by Intuitive Surgical, Inc., is dominating the market at present in terms of installation volume. The volume for this system is expected to reach 1,123 units in 2025 growing at the CAGR of 8% during the forecast period 2017-2025. The adoption rate of the da Vinci Surgical System has increased considerably due to the increasing rate of general surgeries, gynecology, urology, cardiothoracic, and head and neck medical complications, which has subsequently helped in the growth of this system in the market.

The Sensei Robotic System, manufactured by Hansen Medical (Auris Surgical Robots), is anticipated to grow at the highest CAGR of 22% from 2017 to 2025 in the market.

Among the different application systems in the market — namely general surgery, gynecology, urology, orthopedics, interventional cardiology, and neurology, and others — the gynecology segment accounted for the highest share in the market value in 2016 and is expected to grow at a CAGR of 13.3% during 2017 and 2025. This growth rate is attributed to the increasing incidence rate of gynecological complications among the women population globally and the continuous technological advancement in robotic systems. The robotic surgical system for the gynecological surgeries is anticipated to reach a volume of 546,413 units in 2025 growing at a CAGR of 8.8% during 2017 and 2025.

Some of the key robotic surgery companies that have contributed significantly to the market are:

Global Surgical Robotics Market - Analysis and Forecasts (2017-2025) provides an in-depth analysis of the key development strategies and market trend dynamics which include drivers, restraints, and opportunities prevailing in the global robotics surgery market.

The research study includes an extensive analysis of the global surgical robotics market by product, application, end-user, and geographical regions, allowing the researcher to develop a comprehensive outlook of the market. Each of these segments have been analyzed based on their current and future market size, considering the macro and micro environmental factors.

Click the button below to view the report page on MarketResearch.com.