University of California Pressures Elsevier to Bend on Open Access 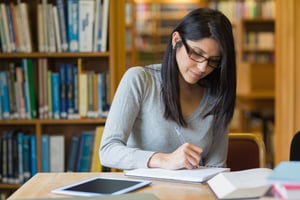 All eyes in the scholarly professional publishing industry are on market leader Elsevier to see how the company will react to a decision by of a group of prominent University of California faculty to step away from journal editorial boards until the publisher agrees to restart negotiations with the 10-campus system on a new contract for access to Elsevier’ scholarly journals.

The move is meant not only to force Elsevier back to the negotiating table, but force Elsevier to come around to the university’s terms of universal open access and an overall cost reduction. The University of California had been paying Elsevier $11 million yearly for access to some 2,000 of the publishing company’s more than 2,500 scholarly journals. That deal expired Dec. 31, 2018.

From UC’s perspective, the move is meant to hurt the prestige of the journals by severing ties to world class scientists who bring credibility and scientific rigor in the form of peer review. The petition has been signed by some powerhouse scientists, including UC Berkeley’s Jennifer Doudna, co-inventor of the CRISPR-Cas9 technology to manipulate genes; UCSF’s Elizabeth Blackburn, co-recipient of the 2009 Nobel Prize in Physiology or Medicine; and UCLA’s Stephen Smale, vice dean for research of the David Geffen School of Medicine. A survey of the editorial boards of all Elsevier journals turned up more than 1,000 UC faculty members, more than 110 of whom provide their services to Cell Press journals.

Will it be enough to push Elsevier to make a deal? That remains to be seen. Elsevier was willing to walk away from contract renewal talks not only with UC, but also university library consortia in Germany and Sweden last year. That was under Elsevier CEO Ron Mobed, who retired earlier this year.

Kumsal Bayazit took over as Elsevier CEO in February and since then Elsevier, in April, signed it first open access read and publish agreement with a library consortium in Norway. The signing of that deal indicates that the main sticking point in the UC negotiation is not open access, but UCs demand for reduction in total cost. Margareth Hagen, a negotiator for the Norwegian consortium, acknowledged that the latest deal with Elsevier is “cost neutral” compared with the previous agreement, which did not include open-access fees. The consortium paid $10 million to Elsevier in subscription costs in 2018, plus an estimated $1.1 million in open-access publishing fees. UC is looking for an overall cost reduction that is said to be “significant.”

Bayazit may feel more pressure to settle these standoffs as Elsevier’s competitors move to sign more read and publish deals with institutions around the globe.

In late August, Elsevier’s closest competitor, Springer Nature, closed its largest read and publish deal to date with the very same German consortia that has been in a standoff with Elsevier for 3 years.

Project Deal reached a similar agreement with John Wiley & Sons in February, but Springer Nature’s agreement is bigger. It covers more than 13,000 articles per year compared to 9,500 in the Wiley contract. Springer Nature will receive roughly $3,000 for every paper a Project Deal scientist publishes in a Springer Nature journal, except for the prestigious Nature family of journals, which are excluded from the deal.

Elsevier’s negotiations with the German consortium have been on hold since mid-2018. Since that time, nearly 200 member organizations have let their Elsevier subscriptions lapse, and they now lack online access to the publisher’s journals.

Elsevier’s leverage in these negotiations, if it has any, comes when scientists lose access to the research and alternatives subsequently provided by the institutions turn out to be cumbersome and onerous for users who were accustomed to instant access through the internet.

The German institutions are losing access separately as their individual contracts with Elsevier expire, but the University of California lost its access to current papers published by Elsevier journals all at once. Prominent UC scientists’ decision to sign the letter and resign from editorial boards may be an indication that the lack of access to Elsevier journals is causing some pain across the system, and this is their attempt to push for end to the standoff.

These reports explain the origins of the open access movement, give a timeline for its development, and quantifies open access' position as a market segment. Visit the Simba Information website using the links above for more information on these reports.

About the author: Dan Strempel is a Senior Analyst at Simba Information, where he has authored more than 25 studies over the past 13 years. His research has been cited in numerous publications including CNBC, Newsweek, Publishing Executive, The Association of American Publishers, and The Society for Scholarly Publishing. You can follow Dan on Twitter, where he shares industry news and analysis.