Dairy Alternatives Move to the Mainstream 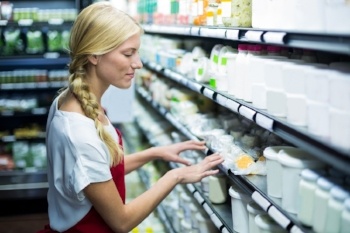 More consumers are trying out plant-based dairy alternatives. This trend is connected to concerns about health and wellness, environmental sustainability, and animal welfare.

Dairy is frequently on lists of foods to eliminate, along with gluten, processed foods, and refined sugars. Millennials, in particular, are leading the way to greater consumption of plant-based foods.

Companies are responding to consumer demand, releasing a growing array of dairy alternatives including plant-based milk, ice cream, coffee creamers, cheese, and yogurt. Here's a look at innovative dairy alternatives that expand the array of plant-based options available in major grocery stores. Some of these products have been a hit, while others have struggled to find traction.

Another addition to WhiteWave’s Silk lineup was Nutchello, a line of nut-based beverages in three distinctive nut blends—Caramel Almond Cashew, Dark Chocolate Walnut, and Toasted Coconut Cashew. Nutchello was positioned as an adult beverage and “a new way to savor break time, whether it’s morning, midafternoon, or night.”

At the Consumer Analyst Group of New York (CAGNY) meeting, Kevin Yost, President of The WhiteWave Foods Company, said, “Did you know that today over 60% of Silk consumption is in the cereal bowl? We’re pushing beyond the bowl with the introduction of Nutchello. Three unique flavors make this beverage indulgent; but it’s nutritious and low-calorie” (FoodBusinessNews.net).

As part of the launch, WhiteWave partnered with celebrity cookbook author Katie Lee to create six adult-only (alcoholic) cocktail recipes that use Nutchello as a base. However, it appears the Nutchello line has since been discontinued, but a similar concept lives on in the Dark Chocolate Almondmilk.

Sadly we have discontinued our beloved Nutchello. We're just as bummed as you are! Maybe give this a try! https://t.co/aOBvKEuqCO 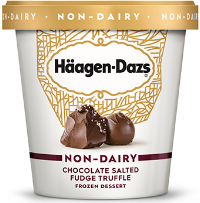 Other big-name brands in the non-dairy market include Ben & Jerry and Breyers, which introduced ice cream flavors made with almond milk.

From the growing popularity of plant-based dairy alternatives to the rise of organic products, the dairy industry is facing a new era of disruption and change. Download a free e-book by Packaged Facts to learn how brands big and small are adapting to the shifting consumer landscape.