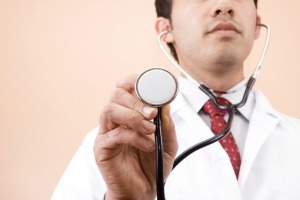 The Chinese economy has grown substantially from a GDP of $1,931 billion in 2004 to reach $10,355 billion across 2014, a 10-year CAGR of 10.3%. Many analysts forecast that Chinese GDP will surpass US GDP, currently the globe's largest, by 2020; some forecast even sooner. This rise in GDP has been mirrored across many sectors in China, with increased levels of spending in public infrastructure, manufacturing, healthcare and many, many other domestic industries.

The Chinese government has increased spending in healthcare to allow greater access to health centres & treatment; this is in addition to Chinese citizens themselves spending more on healthcare as increasing numbers of the population enter the middle class income bracket. Total Chinese healthcare spending topped $590.2 billion in 2014.

Such strong growth across the last decade in the China healthcare market, along with a double digit forecast for growth across the next decade, means that China’s healthcare market has lucrative opportunities across the pharmaceutical / healthcare spectrum. GMR Data published ‘The China Medical Devices Market to 2025’ in May 2015, a report that highlights medical device manufacturers / suppliers in the China medical devices market, as well as key regulatory factors, forecasts, analysis and an exclusive interview with Siemens Healthcare.

This post was written by Simeon Pinder, Senior Analyst at GMR Data.

GMR Data is an independent, business information research company. They were founded on the core principles of independence, financial and market accuracy, plus developing innovative business critical topics. GMR's dedicated, qualified analysts, researchers and writers produce up to date, quantifiable information which allows the company to produce accurate, forward facing reports across a variety of business sectors.