The $10 Billion Self-Improvement Market Adjusts to a New Generation 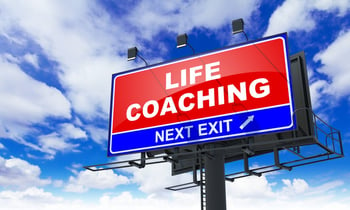 To maintain long-term viability, the personal growth – aka self-improvement – industry’s future generation of gurus, speakers and experts will need to be more accountable to consumers. General motivational programs are less popular today. Many consumers looking for more practical programs and a return on their invested time and money have found that programs and philosophies – such as the “law of attraction” – have overpromised and underdelivered.

Additionally, consumers are realizing that there are there are many so-called “experts” now peddling a variety of online “masterminds”, “academies”, “universities” and coaching services. Too many, in fact. As a result, gurus are trying to figure out how to cut through the clutter while consumers are trying to identify legitimate, competent experts.

The total U.S. self-improvement market was worth $9.9 billion in 2016, constituting growth of just 4.3% since 2011. Growth was mainly hurt by weak performance in infomercials and commercial diet programs. We should see better 5.6% average yearly gains from 2016 to 2022, when the overall market value should increase to $13.2 billion.

Traditionally, the Baby Boomers have been the main consumers of self-improvement services. While they remain an important group, the tide is shifting. Millennials are the future for this market, but there are few young experts with the experience to serve them.

To cater to the younger audience, the Internet is playing a larger role in the self-improvement market. More content (such as MP3 downloads, e-books, webinars, online courses, “academies”, “universities” and “masterminds”, etc.) is being delivered online, while self-help apps are starting to take off.

1. Infomercials: Infomercials generated $1.35 billion in sales of self-improvement products and services in 2016, down about 15% from 2014 levels. Most of the products sold are related to weight loss programs and exercise machines.

2. Audiobooks: Sales of audiobooks are growing strongly in dollar sales (+12% in 2016), according the Audio Publisher’s Association. Self-help audiobooks is now a $769 million market, growing 5.6% or more per year. Total audiobook sales have increased in the double-digits the past three years. According to the APA, over 24 million Americans now listen to audiobooks.

3. Self-improvement Books: A popular book is still the basic starting point and platform for motivational speakers and gurus. Self-improvement books have done well in recent years, with a slew of new titles appearing in 2015 and 2016. This is now an $800 million market that’s growing 6% per year. There were no major blockbusters such as The Secret, but a good number of other popular titles were released and sold well.

4. Self-improvement apps: Self-improvement apps for smartphones are beginning to take off as more of them emerge, especially in the area of meditation, weight loss, fitness and therapist counseling. As most are free and it’s a difficult model to monetize, competition for advertiser and subscriber support will be fierce.

5. Personal Coaching: Personal coaching services are growing strongly and some claim that this is the second-fastest-growing industry worldwide. The latest ICF and PriceWaterhouseCoopers’ global coaching study found that the U.S. coaching market was worth $955 million in 2015. Marketdata expects this to have risen to $1.02 billion in 2016. The “average” U.S. coach makes $62,000/year, and nearly all motivational speakers offer coaching services now. However, the field is loosely regulated and incompetence is a common complaint. Just about anyone can call themselves a life coach.

6. Motivational Speakers: The 5,000+ motivational speakers in the U.S. speakers take in more than $1 billion per year combined, with the elite top 9 generating about $200 million. Many older speakers are dying, retiring, or are cutting back on road tours. Some of their sons and daughters are picking up the reins.

7. Weight Loss Programs: Diet programs – especially large commercial chains such as WW (formerly branded Weight Watchers) and NutriSystem – are growing again after several lean years. Weight management programs are a significant $4.7 billion piece of the self-improvement industry. NutriSystem and WW each alone spend $200+ million per year on marketing. Losing weight will remain a major goal for an estimated 97 million Americans for some time.

9. Holistic Institutes & Training Companies: The 16 U.S. holistic institutes are holding their own, attracting about 156,000 people per year and growing moderately. These institutes’ workshops and seminars are still popular for many. This is a small, mature $126 million market.

For More Information About Personal Growth

The information in this blog post is based on a 2017 market research report by Marketdata, which is no longer available. For the latest insights, see Marketdata's newest blog post "$10.4 Billion Self-Improvement Market Pivots to Virtual Delivery During the Pandemic" and the 333-page report The Market for Self-Improvement Products & Services published in August 2021.