How Technology Is Impacting the Transmission and Distribution Sectors 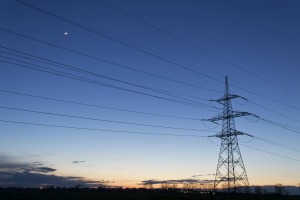 There are many challenges being faced by the players in the Transmission and Distribution sector at the moment. Not least of these challenges is keeping up with the latest in innovation and technology. With the advancement of the rollout of smart-grid technology and an increasing trend towards distributed generation, the aging grid infrastructure in many countries is holding back development and deployment of the technological capacity we possess. One of the questions asked in this is, who is at an advantage, the large ‘traditional’ OEMs or the smaller innovators.

The T&D networks are continuously evolving in both size and nature. They must grow in order to cope with ever rising demand. In the past it was simply a matter of adding more lines, transformers and ancillary equipment, today the technology of the systems is often able to substitute increased sophistication for physical growth, or to reduce the additions required by making the system more efficient.

In addition to dealing with an aging infrastructure, there are many players and stakeholders, each with their own vision of an ideal situation working, at times, with conflicting goals, nor is there an individual driving source leading in innovation. The major T&D suppliers are following the broad industrial trend of aiming to increase their business by adding value to products by combining them in systems and offering higher technology services and capabilities. They have been successful to varying degrees in diversifying their business portfolio whilst maintaining service as well as ‘classical’ products.

It can be argued that in established markets, where the service providers have had long-standing relationships with the OEMs, industry trends have given a competitive advantage to the large players in the market. This is mainly because these players are the ones who have the resources to deliver such levels of technology on a large scale. However, the incumbents are accustomed to doing things the way they have been doing them for years and are increasingly feeling the pressure that distributed generation, smart-meter technology, energy saving measures, and changes in consumption patterns are putting on the market.

The field has opened up to new, smaller players to license their technologies and collaborate with the OEMs, TSOs, DSOs, and even the generators and utility companies in delivering their innovation to the grid sparked from demand in unusual places. Regulation has been a big factor in development in recent years. From feed-in tariffs to mandatory smart meter rollout, the driving force in many countries has been regulation. The US has taken a somewhat different approach. Not least because of its complex governmental structure with many layers of government, but the general premise of letting the market determine its needs has taken a prevailing position aided by the American Recovery and Reinvestment Act (ARRP). The ARRP has done a lot in the United States to help innovators and the consumers of grid technology products develop and deploy their systems and products. With a growing recognition for the need to transition to an advanced grid infrastructure, the ARRP has brought many players together through regulatory channels and stimulus measures. As a result, the United States government is on course to deliver on its promise for a more efficient grid, which will help in the goals of energy independence.

Because of the long-standing economic uncertainty in some countries, notably in Europe, broader considerations have had an impact on the T&D sector. With too many variables and uncertainties, it is still very difficult to predict what will happen in the long run in countries like Greece, Ireland, Portugal, Spain, Italy, and Belgium. We are starting to see signs of improvement in the short term; however, investment is not taking place as forecast in prior years. Though, to mitigate the economic downturn, we still see that many countries have targeted transmission and, to a lesser extent, distribution for support with fiscal stimulus measures such as the US has done. Many transmission systems are in serious need of upgrading after years of neglect and under-investment. Their inefficiency costs money with outages causing lost production and disruption. This is not simply a matter of refurbishing and retrofitting but of upgrading to a new generation of technology. Governments and governmental actors are seeing the increasing need to adapt the grid and modernize the systems that deliver our electricity. Not only is stability a factor, but governments want to ensure that in this age of reliance on electricity for security that the grid is not a weak point or vulnerability to attacks and threats. These and the above listed factors combined have shown the need for a top-down approach when it comes to the grid and an increased need for regulation.

Ultimately, what it has come down to and what it will come down to is the access to capital. There is a lot of risk involved in developing and deploying new technology and where there has been access to capital from outside sources, we have seen the smaller players flourish and be able to develop their technology. The larger companies are now catching on to this trend and are able to deploy their capital towards R&D and in absorbing the smaller players to gain the competitive edge. Additional course corrections will be needed, but both the established and new players are well set for the future.

For more of NRG Expert's insights into the Transmission and Distribution Sectors, browse some of the lastest reports.

This post was written by Edgar van der Meer, a senior analyst for NRG Expert with extensive experience in the field of Transmission and Distribution as well as an in-depth knowledge of the worldwide oil and gas markets.