In 2021, the global market for blood glucose test strips will be worth $12.93 billion, its highest ever level, a new report from the Business Research Company shows.

Global sales of anti-diabetic drugs will also reach a record, at $121.2 billion. Driving both markets is the worldwide explosion in the number of people with diabetes, especially Type 2. Between 2015 and 2021, the number of people diagnosed with diabetes globally is expected to rise from 415 million to 425 million, a figure that is projected to grow to 642 million by 2040.

Regional Variations in the Market

Obesity, a major risk factor for diabetes, is increasing rapidly in areas of the world previously noted more for problems of malnutrition. For instance, obesity in the Asia-Pacific region has grown rapidly: from 2012 to 2016, obesity grew at 5.9% a year in India, 5.5% in China, and 4.5% in Japan. Increases in obesity in these populations are directly proportional to their rise in diabetes cases.

As a result, Asia Pacific is the region where demand for blood glucose test strips has been growing fastest, followed by Africa. 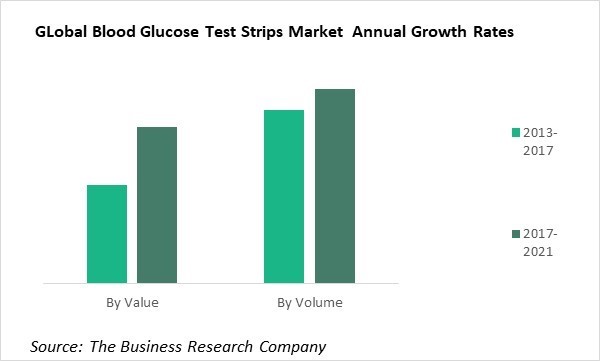 "The market (for blood glucose test strips) in APAC is growing as there are many emerging countries in APAC and people's lifestyles are changing rapidly; they are smoking, eating irregular junk food, and so there is increasing prevalence of diabetes in APAC. People's increasing awareness about health is also boosting the market in APAC. The market in North America and Europe is growing less because there is already an awareness among people from a young age, and they also have more substitutes for the treatment of diabetes. Government initiatives are also boosting the market in APAC."

Another restraint will derive from the rise of substitutes. The introduction of new blood glucose tests for testing blood glucose levels in the body is a growing trend in the market. For instance, in July 2017, Abbott Laboratories launched FreeStyle Libre glucose monitoring system in New Zealand. It is a new system that eliminates the need for routine finger pricks. In 2017, Massachusetts Institute of Technology Media Lab and Harvard Medical School collaborated to R&D of the Dermal Abyss project which focuses on innovative diabetes tattoos with biosensors and checks blood glucose levels in the body.

Many diabetes patients are afraid or unwilling to prick themselves with lancets each time for testing. The American Diabetes Association (ADA) recently recommended the use of the HbA1c test for diagnosing diabetes. Previously, HbA1c monitoring devices were approved by the US's Federal Drugs Administration only for long-term glucose control, but that is under review for extension to Type 2 monitoring. Diabetes Australia now also recommends HbA1c testing every three to six months for type 2 diabetics. These alternative methods of diabetes testing will negatively affect the blood glucose test strips market. 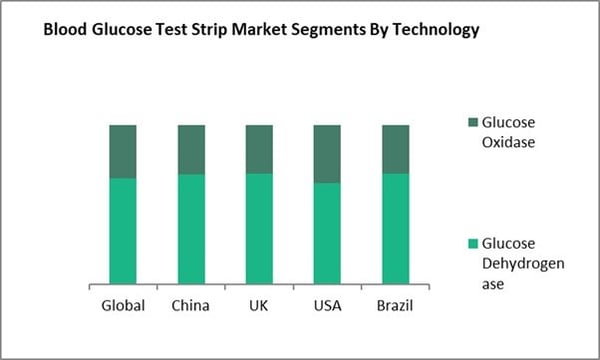 Extensive secondary research is augmented with exclusive insights and quotations from industry leaders obtained through interviews. Market analysis and forecasts are provided by a highly experienced and expert team of analysts and modelers. A range of strategies for the blood glucose test strips market are explained and opportunities identified.

Read the Blood Glucose Test Strips Global Opportunities and Strategies to 2021 for information on the following:

Sourcing and Referencing: Data and analysis throughout the report are sourced using end notes. Sources include primary as well as extensive secondary research.