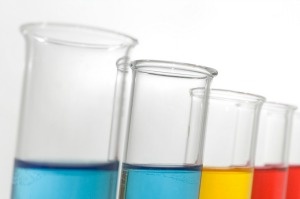 On June 22nd, President Barack Obama signed into law the Frank R. Lautenberg Chemical Safety for the 21st Century Act, an update to the Toxic Substances Control Act (TSCA) that will make a number of changes affecting the solvent industry and other chemical suppliers. While these changes give the Environmental Protection Agency (EPA) greater control over the evaluation and regulation of chemicals, and could potentially have profound effects on the solvent industry for years to come, on the whole solvent suppliers are likely to fare well in the new regulatory environment.

What Does the Law Do?

Perhaps the most significant change to the TSCA is that chemical safety evaluations are now mandatory for all chemicals currently used in commercial applications, as well as those entering the marketplace going forward. This makes all chemicals subject to evaluation, not just those already suspected of being harmful to the environment. However, suspected hazards will remain EPA’s priority, and given the abundance of such chemicals already in use, unsuspected chemicals will likely get by without evaluation indefinitely.

A new, risk-based safety standard includes explicit considerations for vulnerable populations, which will make for more rigorous regulation, and clear and enforceable deadlines will give EPA greater control over the evaluation process. Additionally, any state-level regulatory processes will be put on hold as EPA conducts its evaluation, unless a state secures a waiver. This will make for a more uniform regulatory environment across the United States, with both lax and restrictive states likely led to adopt national standards.

What Does This Mean for Solvent Suppliers?

In principle, the TSCA will now place greater pressure on suppliers of solvents and other chemicals. Conceivably, any and all of the solvents that they sell or include in their products could be evaluated by EPA, and the evaluation process will be more demanding, as it will be more difficult to claim that information related to chemical safety ought to remain confidential.

However, in practice the update to the law is also favorable to solvent suppliers, who can now expect consistent regulation from state to state. And while those solvents already in the review process are now more likely to be regulated, perhaps more strictly, solvents that haven’t been targeted by regulators already will likely be under no more scrutiny than before the new law was passed.

For more insight into the state of the solvent industry, see the industry study Solvents by The Freedonia Group. This comprehensive report provides the following:

About the Author: Matthew Breuer is an Industry Analyst at The  Freedonia Group, a leading international business research company, founded in 1985, that publishes more than 100 industry studies annually.