The Impact of COVID-19 on the Role-Playing Games Market 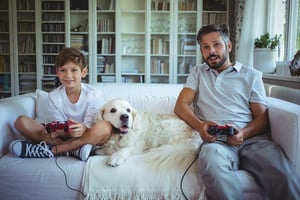 Most industries now face significant ramifications due to the COVID-19 pandemic and global economic slowdowns. However, not every industry has slid into a tailspin. The role-playing games market, for example, is expected to see 9.22% year-on-year growth up to 2023, according to a new report by The Business Research Company. COVID-19 has had both positive and negative effects on this market.

Video game publishers are taking advantage of the high demand for gaming during this period. Ndemic Creations’ game Plague Inc. temporarily became the top-paid application in many regions, having beaten Minecraft, a popular video game worldwide. Ndemic also introduced a new gaming mode to Plague Inc., the goal of which is to stop an ongoing pandemic.

Animal Crossing: New Horizons is another game that rapidly increased in popularity during the pandemic, with more sales than all its previous launches in the United Kingdom. In China, Nintendo’s Ring Fit Adventure saw high demand as well. The game involves physical activity, which became a selling point for users in isolation who had no other means of exercise.

The Nintendo Switch console itself became a high-selling product, with appeal for people of all ages who are looking to keep themselves entertained during lockdown.

A significant impact of the coronavirus has been on physical retail stores such as GameStop, Target, and Best Buy, which sell video game software to be played on consoles. Some of these stores had to shut down in certain areas. As a result, consumers turned to digital platforms for their game software purchases.

GameStop announced that it would shut down at least 21 stores in 2020 following America’s lockdown. This will cause more gamers to download games from the comfort of their homes instead of driving to stores farther than the original locations. PlayStation Store and Xbox Live offer video game software to users.

The Need for Socializing Has Benefited Video Game Streaming

The need to socialize while stuck at home has resulted in a surge of gaming content consumption and streaming, as these services come with a social element. Platforms such as Twitch, Mixer, and YouTube gaming are experiencing double the traffic as users are consuming more content. Twitch allows popular gamers to live stream their games and interact with fans through the platform. The element of socializing has helped users during a period of isolation, as it provides an escape from current world situations.

COVID-19 has also helped remove the stigma from playing games online, as many people previously believed gaming to be a waste of time, but are now invested in activities such as building their islands on the video game Animal Crossing.

Hardware and Software Delays Due to the Virus

On the other hand, the pandemic has had negative impacts on the gaming industry as hardware production has come to a halt. Many facilities in China closed down, where various gaming products are made. For example, Nintendo delayed the launch of its Animal Crossing-themed Nintendo Switch units, the majority of which are manufactured in China. The launch of the Nintendo Switch versions of Dragon Marked for Death and The Outer Worlds have also been delayed.

Production of the Valve Index virtual reality headset was also reduced, and fewer shipments were planned for release. Gaming companies Konami and Atari also delayed the launch of their games TurboGrafx-16 Mini and Atari VCS respectively. 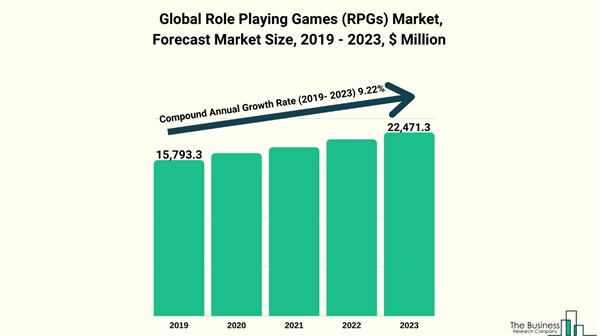 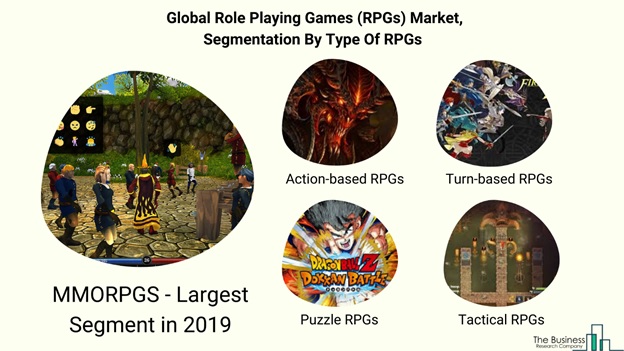 MMORPGs are online games in which a large number of gamers participate simultaneously. These games mainly focus on creating a virtual environment which is never static. As a result, even when a player of the game is logged out, events which occur between the active populations of gamers may affect the positions of the players who are offline or logged out.

Read Role Playing Games Global Market Opportunities and Strategies to 2023 from The Business Research Company for information on the following:

Data Segmentations: Role-Playing Games Market Size, Global and By Country; Historic and Forecast Size, and Growth Rates for the World, 7 Regions and 12 Countries

Sourcing and Referencing: Data and analysis throughout the report are sourced using end notes.

Strategies for Participants in the Role-Playing Games Industry: The report explains a number of strategies for companies in the role-playing games market, based on industry trends and company analysis.

Opportunities for Companies in the Role-Playing Games Sector: The report reveals where the global role-playing games industry will put on most $ sales up to 2023.