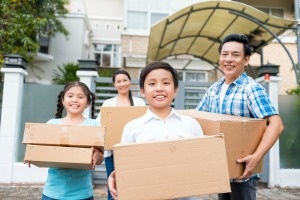 Services for self-storage and moving — fixed storage, mobile storage, climate-controlled, and not climate-controlled, full-service moving, and DIY truck rentals — are expected to reach $71 billion in revenues in 2020. Advances will be driven by increased mobility nationwide, as people and businesses are starting to relocate at higher rates following the recession and extended slow recovery. Growth will also stem from the lack of storage space in many US homes.

As one might guess, revenues for these services vary significantly by region, state, and municipal area. Regional markets are primarily influenced by local factors such as population size, density, age distribution, mobility, homeownership rates, and growth trends.

Self-storage and moving services must be located close to their prospective clients. Most customers tend to rent storage space or rent a truck from within a few miles of their homes. Convenience is critical for storage, as consumers want to have easy access to their belongings. It is also crucial for truck rentals since most people want to reduce their mileage charges. As a result, businesses try to place their establishments within easy access of large potential pools of customers — ideally near a college campus or military base, or within a few miles of a relatively dense urban area.

Subregions with the Largest Markets

In 2015, the two largest markets for self-service and moving services, the South Atlantic and Pacific subregions, were also the most populous subregions. The West South Central was the third largest subregion, primarily because of the higher rate of mobility in the South and West regions compared to the others. The Middle Atlantic subregion, with a denser population and a large number of populous urban areas, often outperforms the more populous East North Central subregion.

However, even among areas of similar size, other factors can significantly affect revenues. Mobility, homeownership, and economic wealth need to be considered. For instance, the East North Central, West North Central, and East South Central subregions have the highest levels of homeownership, above the national average level of 64 percent. However, these subregions have below average spending on self-storage and moving services. This trend is primarily due to lower population densities and the fact that homeowners tend to be less mobile than renters. The economic wealth of an area is indicative of the potential storage and moving market because it generally accompanies higher levels of new business creation and building construction, and the ability to afford higher value storage and moving services.