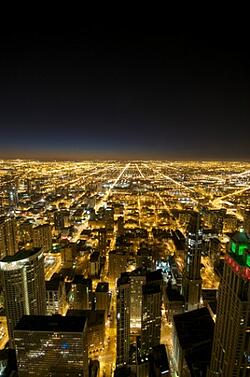 Since the world first started integrating electricity into everyday life, electricity and power has been based around “the grid.” The grid is the system that creates, transforms, delivers and even stores all of the electricity and power that we use, while also transferring power from suppliers to consumers.  Including wires, switches, transformers, substations, meters, gages and more, the grid’s infrastructure is vast and broad (the size of the entire continent), yet also intricate and detailed (each individual consumer is connected). It powers everything in our society, from power plants to homes, and everything in-between. The grid is our national engine and keeps our society running at all times.

While the grid has served Americans well for more than a century, vulnerabilities have been exposed, risks have been taken and the time has come for an upgrade bringing the industry into to the 21st century. Manual management of the grid has become increasingly more difficult due to the rising demand for electricity. And, the demand will continue to grow as society further modernizes—it is expected to grow to 32,000 TWh (terawatt hours) by 2035, a 70% increase from 2012, according to a study by MarketsandMarkets. With the current system, people must monitor power levels at all times, and with this increase in demand, it will become increasingly difficult for them to manage the whole system without computerized assistance.

In order for the system to function properly, the production and demand of electricity need to be almost identical to ensure that no network components are overloaded. Too much power can cause a surge, while not enough power can cause brownouts, yet both can cause blackouts. This current system incurs costs of around $150 billion per year from outages, despite being more than 99.9% reliable.

Having been implemented in the industrial age, the grid has existed in this same state since before the current mindset that efficiency and environmental impact should be goals for society. The current system has one mission: to keep the country powered. We need to bring the grid from the industrial age into the information age. Efficiency, environmental impact and many other societal values are not currently viable options. The grid needs to be modernized, more efficient, easily manageable, but most of all, it needs to get “smart.”

“­Smart Grid” refers to the computerized management of the traditional grid and the movement to bring it into the 21st century. Using solid state transformers, power line communication, smart solar technology, advanced sensors and other “smart” technology, the power grid can be revamped to better fit our society. Much like a smart phone, computers and sensors will be integrated that will allow for the system to adjust and adapt on-the-fly. These computers allow the grid to manage itself and its components to fully communicate.

Benefits of a smart grid

Pitfalls of a smart grid

Despite these pitfalls, society appears to be heading in the direction of the smart grid. There are many great things to come from the smart grid, and the market and industry have a lot of room to grow. Some additions that could potentially be made once the smart grid is implemented are a technology for mobile management, an added security system and even integration of other utility systems (water, gas, etc.). The ceiling for the smart grid industry isn’t in sight, and much opportunity remains for innovators.

MarketsandMarkets is a top source for market information on the energy industry. If you are heavily involved in the Energy & Resources industries, check out our new MarketsandMarkets Knowledge Center, providing your company with unlimited access to a vast library of MarketsandMarkets reports for one cost. 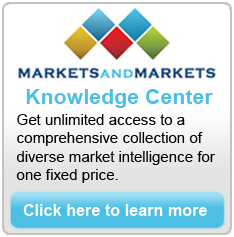