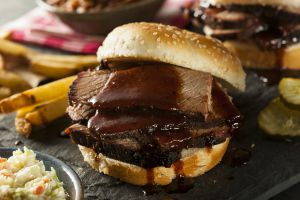 In the third blog in our series, we are introducing two in-demand sandwiches that are satisfying comfort foods and growing culinary trends — brisket sandwiches and Cuban sandwiches.

Appearing in both fast-casual restaurants and upscale bistros, these sandwiches meet consumer demands for flavor adventure and authenticity.

Brisket is one of the biggest trends in American restaurants, both on and off sandwiches. Traditionally, brisket is associated primarily with BBQs, but not anymore. Trendy restaurants are now offering adapted versions of these sandwiches.

Brisket can be used in corned beef, pastrami melts, breakfast sandwiches, or combined with other meats. Restaurants that upgrade breads and condiments can also see a higher payoff. 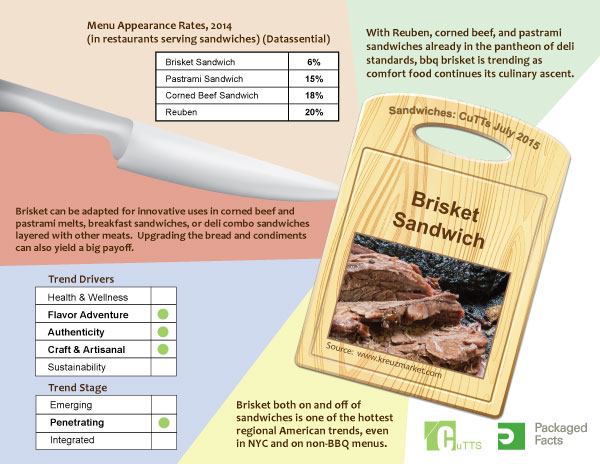 The Cuban sandwich, or Cubano, is most commonly served with layers of ham, roast pork, Swiss cheese, and pickles on lard-based bread. The sandwiches are then pressed like a panini into a gooey, crusty sandwich. As warm sandwiches become increasingly popular in the U.S., it’s no surprise that restaurants are adding different versions of the Cuban to their menus. Cuban sandwiches have increased on menus from 2.6 percent in 2005 to 6.3 percent in 2014.

Recently, the Cuban has experienced a renaissance across the United States. Chefs are beginning to experiment with a wide variety of ingredients or upgrading the classic recipe with house-cured meats. 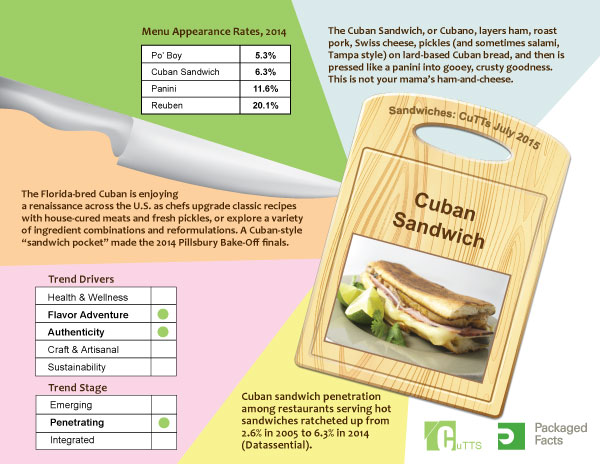 Be sure you don’t miss our last blog in the sandwich trend series that will cover sweet and savory sandwiches and croque monsieur and madame.

To learn more about how new food trends are affecting the industry, check out this report.