Autism Treatment Programs Are Growing: A $1.8 Billion Market in the U.S. 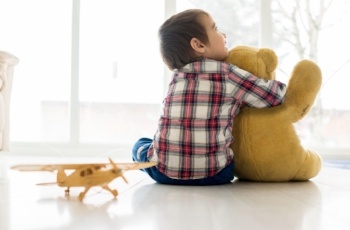 Although we still do not know the specific causes of autism, we do know one thing. The rate is increasing, and the market for treatment is growing.

Marketdata analysts estimate that there are 1.4 million American children with autism. Another 700,000 adults have autism, having “aged out” of children’s programs. And, 81% of autistic children are male.

The total annual costs for children with ASD (autism spectrum disorder) in the United States were estimated to be between $11.5 billion and $60.9 billion — a significant economic burden.

In the past, it was thought that the best way to treat the symptoms of autism was to medicate. Data suggest that approximately 58 percent of patients with a diagnosis of childhood autism receive some type of pharmaceutical treatment. However, this segment of the market has been shrinking in value as concerns continue over the side effects of commonly used drugs such as Risperdal.

Many autism treatment organizations, and some of the largest competitors, are located in California. This is due to the fact that funding for treatment programs has been in place there since the 1990s, prior to the insurance mandates that were later put into place.

The U.S. autism treatment market was estimated to be valued at $1.85 billion as of 2016, growing to $1.87 billion last year. Marketdata forecasts 3.9% average yearly growth, to $2.23 billion by 2022. This could be conservative, as insurance coverage is improving. In addition, venture capital firms are starting to take notice of investment opportunities in this market.

The “average” ABA center grosses about $821,000, and many are non-profit organizations. Many programs now have waiting lists and there is a shortage of qualified supervisors.

Nine large multi-site ABA program providers operate an estimated 296 brick & mortar centers and employ thousands of therapists. Together, they account for about $390 million in revenues — a 38% market share of ABA programs.

To obtain more insights into this emerging market, check out Marketdata’s new report entitled: The U.S. Autism Treatment Market. The study traces the market from 2009-2022, examining programs and medications used to treat children with autism.