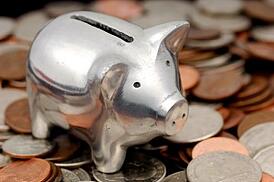 It is often echoed in the media how dangerous deflation is. But, when it comes to ‘why’, journalists, bankers and even economists have a hard time putting together a clear and concise argument. Banking Reports, Ltd. has created this list of ‘A Dozen Dangers of Deflation’.

Deflation is the opposite of inflation. It is the situation when prices get lower over time. Inflation – much better known by the public – is when prices are rising over time. Besides inflation and deflation, there is a third phenomenon: lowflation. Lowflation is when prices are rising, but they only rise less than two percent per year. In fact, there is also a fourth concept - disinflation - which even economists sometimes mistake for deflation. Disinflation is when inflation is getting lower (prices rise less and less over time) or when deflation is getting bigger (prices are getting lower faster over time). Hyperinflation is a rare phenomenon when prices increase at a hyper-fast rate. Economists define this rate as over 50 percent rise in consumer prices within a month of time. This is very rare, but, when it occurs, people try to exchange local money to goods or to foreign money as a reaction, and local money disappears from circulation. People often fall back to a non-monetary economy and start to exchange goods. Hyperinflation often leads to default on national debt (and is often resolved by this as well).

Deflation is even more dangerous than inflation. In this list of ‘A Dozen Dangers of Deflation’ readers will get a clear understanding why.

Are central banks not fighting against inflation i.e. for deflation?

Price-stability can be a misleading expression. It implies that there is no inflation and no deflation, prices are stable, constant. But, modern economics attributes a little bit different meaning to price-stability: cca two percent inflation (price increase) per year. This is the level of inflation that carries little of the negative effects of massive levels of inflation but provides enough distance from deflation [1].

Why do we hear so much about deflation?

Since World War II, inflation was the dominant price-dynamism globally. This changed during the 2008 crisis which caused a serious decline in aggregate demand and a tremendous amount of deleveraging [2]. And, as a result, currently forward-looking price expectations are unprecedentedly low in the major powerhouses of the global economy. The two percent annual rise in prices is not thought (as market expectations priced into forward looking interest-rates prove) to be achieved in any given year up until the year of 2025 in Europe, Japan or the USA. New Chinese inflation numbers published today show quite a dramatic situation there: January Y/Y [3] CPI [4] has been 0.8 percent (well below the two percent that economists think is healthy) while January Y/Y PPI [5] has been minus 4.3 percent [6].

How can the USA and Japan be under deflationary risk if they have done so much quantitative easing? Is that whole lot of QE money not supposed to cause inflation?

Yes, normally as central banks increase the amount of money in circulation, prices (inflation) increase proportionally. But, much of the QE money is not really in circulation. It is invested into stocks and real estate, but not circulated into risky growth-driven, dynamic projects increasing output or demand [8]. This is a typical phenomenon amidst Liquidity Gap.

In this general deflationary global atmosphere, are there still countries battling unhealthily high levels of inflation?

Yes, there are. Russia and Ukraine, Argentina and Venezuela, Ghana and Egypt are going to battle dangers of the prospect of hyperinflation this year. 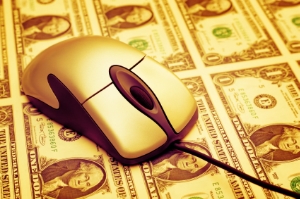 In a deflationary environment, interest rates are very low. Let’s say that a bank can always pay one percentage point higher interest rate for debits than inflation. If inflation is three percent the bank pays four percent. But, what if the inflation is minus two percent (i.e. two percent deflation)? The bank could pay minus one percent interest on debits. But, who deposits money into a bank if negative interest is “gained”? So, banks pay near-zero interest in a deflationary environment, and that is not good motivation for deposits to flow in. People would rather keep cash. The lowered deposits in banks make banks weaker and more risky to default and make lending harder, which slows the economy down causing unemployment and further deflationary pressure.

Deflation redistributes wealth from poor people to rich people. This is clearly unjust. The mechanism is that debtors have to repay their debt in more valuable dollars while creditors receive their funds back in stronger dollars than they were issued in. Debtors are statistically poorer on a macro level than creditors (net savers) so this is, therefore, a socially unfair redistribution of wealth from poor to rich.

When a loan will have to be repaid in dollars that are worth more than the dollars borrowed, people and companies are just not willing to borrow. This slows the economy down.

Paying back loans in stronger dollars (or any other currency) causes heightened difficulties for debtors. This raises the NPL (Non-Performing Loan) rates on the balance-sheets of banks. The difficulties of debtors lead to a heightened bankruptcy rate in normal companies while the rising NPL rate leads to more banks going bankrupt.

Menu cost is the cost to a company resulting from changing its prices. When prices are unstable, these prices have to be changed often. This uses up actually quite significant resources and, therefore, it reduces productivity, slightly lowering profits. Inflation also carries this exact same danger.

In point “3” we have discussed how deflation redistributes wealth from the poor to the rich in an unfair manner. But, it is not only unfair, it is also dangerous to the economy. Why? Because rich statistically save a higher portion of their income while poor spend statistically a higher portion of their income. So, redistribution of wealth from poor to rich comes with a decline in spending: money moves from people less inclined to spend (more inclined to save) from people more inclined to spend (less inclined to save). This effect was first described by Irving Fisher – the legendary Yale University professor, one of America's greatest mathematical economists and one of the best economics writers of all time – in ’The Debt-Deflation Theory of Great Depressions’ in 1933.

“In a deflationary economy, wages as well as prices often have to fall – and it’s a fact of life that it’s very hard to cut nominal wages — there’s downward nominal wage rigidity. What this means is that in general economies don’t manage to have falling wages unless they also have mass unemployment, so that workers are desperate enough to accept those wage declines.”

Now, let us explain this in a simpler way: By deflating the value of a $1000, wage raises over time (since prices get lower over time). But, employers often cannot or don’t want to pay higher wages. So, they have two choices in a deflationary environment (where wages automatically de facto grow over time): (1) to lay off people or (2) to lower nominal wages, let’s say only pay $950 instead of $1000. But, people seldom accept lower wages (this is what Krugman quite elegantly calls ‘downward nominal wage rigidity [10]’. Now, since people seldom accept $950 instead of $1000, this means that, in essence, deflation causes unemployment since employers have only one choice, (option 1) to lay people off.

11. The Risk of Rising Political Populism

Fighting inflation is a great political glory: politicians can tell people that they are fighting against rising prices. Voters love this. But, fighting against deflation: telling people that higher prices are good is almost like a political suicide. Everyone is happy if the price of a TV set becomes lower or if overhead costs decline.  The concept of falling prices sounds appealing to consumers, especially compared with the alternative of higher prices. This poses political ambivalence and risks. Mainstream politicians will not want to lie about deflation, but populists can use the narrative of glorifying declining prices.

Lower nominal prices lead to decreasing total amount of taxes collected. This is especially true when tax-rates are nominally progressive. When governments are indebted and run deficits, amidst austerity and spending cuts, it is a problem that budget revenues all of the sudden decline. On top of this, deflation raises the real value of government debt issued in domestic currency. This puts additional levy on future generations.

Debunking the myth of good deflation

Nowadays some economists and journalists are starting to believe in the misconception of good (or beneficial) deflation. The flawed argument goes: “So many tools that raise productivity have emerged in the recent years. People are using internet, automated gadgets and all this technological advancement raises productivity so high that labor is not so important anymore and therefore wages don’t go higher in spite of growing GDP and so this is beneficial deflation, it is driven by productivity.” Now this is a fairy-tale. There is no such thing as beneficial deflation. All the 12 points of argument above – proving the dangers of deflation – are logically independent from the source (the cause) of deflation. So, no matter how this flawed myth of ‘Good Deflation’ argues about the source of deflation being a great advancement in technology, we should not buy this argument since the dangers of deflation are present independent from the cause of it.

[1] The price-dynamism of each good and service differ. Inflation/deflation is an aggregate. When inflation is at cca two percent per year very few goods or services have a declining nominal price trajectory – that would prevent (delay) customers from buying those.

[2] Deleveraging is the phenomenon when balance sheets of banks are shrinking by debtors paying back their loans, but no (or much less) new loans are granted.

[4] CPI: Consumer Price Index, measuring the dynamism of consumer prices. This is what economists mean when they talk about ’inflation’ or ’deflation’. This measures the prices consumers face when paying for goods and services.

[5] PPI: Producer Price Index, measuring the dynamism of producer prices. Producer prices are the input prices that companies (producers of goods and services) face. This is not what economists mean by ’inflation’ or ’deflation’ but there is obviously a forward pointing guidance in PPI referring to future CPI as a hint. Why? Because producer prices are ceteris paribus eventually are to be transformed into consumer prices.

[6] Falling commodity prices may be partially behind this low number.

[8] The financial intermediary system became overregulated and banks use money to create capital to decrease risks not to issue loans (which increases risks, but would drive the economy better). This aversion of issuing loans is especially true for consumer loans. (In the 2008 crisis that was the thing that caused the panic – mortgages – so banks are especially very cautious with those.) Lack of consumer loans causes a lack of sufficient demand in the economy. This lack of demand is mostly responsible for the deflationary circle in Europe, Japan and the United States.

[10] This is also the explanation behind a quite advanced phenomenon beautifully described by Krugman: sustained gradual deflation. Taking a look at this is beyond the scope of this blog.

This post was written by David Gyori, Executive Director at Banking Reports, Ltd. Research. Mr Gyori advises banks and bankers on how to win in a changing global banking-landscape. He has been working as a banking researcher and consultant for nearly 15 years. His favorite methodologies are research-based report-writing and research-based consulting. He is an enthusiastic squash player and a coffee-lover.

Connect with Mr. Gyori on LinkedIn:

Banking Reports is the focused producer of off-the-shelf reports for banks and consulting firms. Their area of excellence is banking. Banking Reports puts 25 + years of banking industry experience in each of the reports. Their reports are designed to serve bankers, consultants, analysts, card experts, investors and other decision makers.