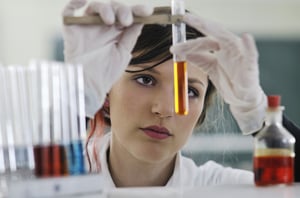 Here's a look at five high-growth areas where the IVD industry can shine.

The cost-effectiveness of IVDs should be easy to establish — most serious healthcare decisions are made on the basis of a test, while costing little to the healthcare system. For some time, this has been stated as educated conjecture; a recent study of U.S and German physicians offers proof. The study found that 66% of clinical decisions made were based on a diagnostic test, while the costs of those tests were just 2.3% of healthcare expenditure.

Anti-microbial resistance continues to be an area where IVD shines; there is a growing realization that blind prescribing of antibiotics could be reduced with faster and more targeted testing. There's a variety of ways to handle this — syndromic pathogen testing, respiratory rapid point of care to avoid antibiotic prescriptions for viral conditions, and faster blood culture with less operator steps.

Despite great attention and much action, the opioid crisis continues to plague the United States and countries of the world. In 2018, total overdose numbers remained over 70,000, per CDC statistics, indicating that the problem is still severe.

However, if the lab is involved earlier, doctors won't make as many prescribing or diagnostic mistakes. The American Association of Clinical Chemistry released a position statement at their 2019 convention, calling for increased collaboration between clinical laboratories and other stakeholders.

Advanced tests, such as mass spectrometry tests, could be used to make the case. Even standard analyzers are performing more functions — recently Ortho Clinical Diagnostics announced a test for fentanyl on its VITROS system. Fentanyl is a synthetic opiate analgesic that is prescribed for chronic pain management and is a potentially deadly drug when abused because it is 50 to 100 times stronger than morphine. Thermo offers a TruNarc™ handheld analyzer that can scan for 450 substances.

In April 2019, Myriad Genetics expanded its agreement with AstraZeneca and Merck to utilize its BRACAnalysis companion diagnostic to identify men with metastatic castration-resistant prostate cancer (mCRPC) and germline BRCA mutations who may respond to olaparip (Lynparza). Qiagen has been pioneering the use of liquid biopsy-based companion diagnostics as a less-invasive option to complement surgical biopsies for genomic profiling of cancer.

According to WHO statistics, 78 countries collect over 90% of their blood supply from voluntary unpaid blood donors, and 56 of those countries do so for all of their blood supply.  That progress comes with a threat. With increased globalization of tropical diseases, blood systems in the developed world are under siege.

First it was hepatitis B and C, then HIV, Chagas, BSE and West Nile and more recently emerging threats Zika Virus, Plasmodium species (malaria), Dengue virus, chikungunya and yellow fever. Improved immunoassay screens, specific pathogen testing and NAT molecular blood testing can assist, and these will factor into some component of the growth in this market.

Yet these five areas are only a few of the scores of high-growth diagnostics markets. Kalorama Information's 2,000+ page IVD report covers this important industry comprehensively. Authored by veteran industry analysts, this report features:

View the full abstract, table of contents, and purchasing options for Kalorama's in vitro diagnostics industry report on MarketResearch.com.

About the Publisher: Kalorama Information has been a leading healthcare market research publisher for more than 30 years. Kalorama only publishes in healthcare and is a premier source of market information for top industry decision makers and media outlets.