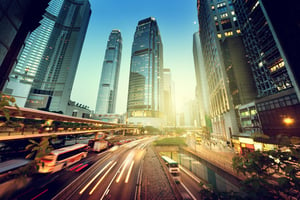 Note: The following is an excerpt from the white paper "Will Self-Driving Vehicles Be a Reality by 2025?" by BIS Research, a global market intelligence, research, and advisory company that focuses on emerging technology trends that are likely to disrupt the market. The excerpt is a section titled "What Is Driving the Trend for Self-Driving Cars?"

The Need for Vehicle Safety

Road accidents are currently a significant issue around the world. The U.S. accounts for 35,000 deaths every year due to road accidents, while deaths in China due to accidents are anticipated to be around 260,000. The number of fatal accidents in the U.K. and Japan every year is estimated to be approximately 1,700 and 4,000 respectively.

As per the U.S. Department of Transportation, some of the primary reasons for the deaths due to these accidents are due to errors made by the driver, such as driving under the influence and drivers not wearing seat belts. These crash injuries resulted in the U.S. citizens paying an amount of around $18 billion for medical bills and an estimated work loss of $33 billion in the year 2017. Likewise, the Motor Accident Commission South Australia reported drivers’ distraction due to cell phone usage contributed 30% of the total fatal crashes and 45% of serious injury accidents every year, in South Australia.

Using autonomous vehicles equipped with features like forwarding collision warnings, autonomous emergency braking, lane departure warning, and blind spot detection, among others can lower down the number of fatal accidents.

Cities are choking up with an increasing population rate every year. By 2030, the urban population of the world will increase by more than 1 billion people. This creates a crunch for resources, jobs, and space in these cities. Traffic congestion is one of the most common phenomena in major cities around the world. Drivers searching for parking spaces are one of the primary reasons for traffic congestions, which results in greater commutation time and more fuel consumption.

For instance, according to the U.S. Department of Transportation on an average, a U.S. citizen spends five days in a year being stuck in the traffic. Moreover, the highway congestion problem in the U.S. costs $121 billion every year in wasted time and fuel, i.e., more than $800 per commuter. There are similar road crunch situations in other major cities such as Istanbul, London, Tokyo, New Delhi, and Moscow, among others.

Automated vehicles are equipped with vehicle to vehicle (V2V) connectivity features; therefore, these vehicles can be connected to each other can fully optimize the road network, as these connected vehicles can drive closer to the other vehicles and lower down the chances of the vehicle colliding with the surrounding obstacles, hence vehicles could be made without using heavy protective safety features. This enables manufacturers to make lighter but safer cars. This may increase roadway capacity without affecting safety since automated vehicles can maintain shorter minimum distances between themselves, as compared to human drivers and still be safe, resulting into better traffic flow, reduction in travel time and therefore reducing emission levels.

Moreover, with the advancements in the autonomous vehicles, the number of zero emission electric vehicles are expected to increase. In addition to this, various other features like self-parking (park pilot) assistance feature enabling the car to drop/pick the users and park itself at designated parking spaces will further ease the flow of traffic. Therefore, smoother traffic flow and decreased travel time due to the usage of autonomous vehicle is expected to drive the global autonomous vehicle market.

Cost of Owning a Car

In 2017, the vehicle sales in the U.S. slumped by 1.8%, with various forecasts suggesting that it will fall further in the next few years. Many in the industry are wondering the ways to tackle the declining sales projections for vehicles. Amidst this, many OEMs have now begun to find new business models by investing in new modes of transportation which will replace the need for owning a vehicle.

One factor for this is the increasing external and internal costs of owning a car. In its lifetime, a car is only utilized for 4% of the time, while the rest of the time it is parked or in maintenance. New services such as Mobilityas-a-Service, shared vehicles, and robo-taxis are expected to replace the need to own a car in urban cities.

Need for Accessible and Reliable Transportation

Many people in urban areas face a lot of challenges in their daily travels. Hindrances such as missing trains or buses scheduled at fixed timings, and not finding any ride options during huge traffic congestions or odd hours of the day, among others, are common for city-dwellers. There is a need for a more reliable and less stressful mobility solution which autonomous vehicles will be able to fulfill. Also, these vehicles increase the mobility of people who are unable or unwilling to commute on their own such as the disabled or the elderly. Autonomous vehicles can be accessible and cost-effective solution for them.

This blog post contains one section of the white paper "Will Self-Driving Vehicles Be a Reality by 2025?" To read the rest, download the white paper for free on MarketResearch.com using the button below.