4 Influential Food Trends to Watch in 2016 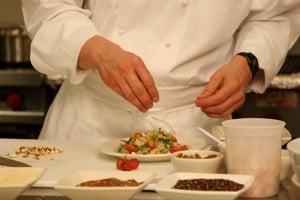 In the past several years, the foodie movement in the U.S. has grown tremendously. One of the biggest crazes restaurants and retailers have seen is the desire for new and exciting food products and experiences. But which top food trends are American consumers seeking in 2016?

With help from industry expert Packaged Facts, we have written a blog post focusing on four key food trends that are driving the industry this year. Read on to learn how these trends are shaping consumer preferences.

The diet of Americans has evolved in recent years, and health concerns are top of mind for many consumers. Snacking between meals reached an all time high in 2015, with two-thirds of adults claiming to snack often between meals. For many adults and children, snacking throughout the day has replaced traditional big meals.

According to the report Salty Snacks in the U.S., Fourth Edition, Americans are still craving salty treats even though their focus is on health. Sales of salty snacks increased 3.5 percent in 2015, reaching $22 billion. Healthy salty snacks have been introduced, with products such as ready-to-eat popcorn allowing consumers to enjoy an indulgence guilt-free.

Although healthy snacks are a priority, consumers haven’t forgotten about their sweet treats. Americans can’t live without their cookies, cakes, doughnuts, muffins, and other sweet baked goods. According to a report, over 40 percent of snackers admit to eating sweets.

It is becoming more common for consumers to try new and exotic foods when dining out. Asian noodle dishes have become the perfect dish to allow consumers to try new foods. Many restaurants have taken an authentic approach to their Asian noodle dishes, but innovation has played a key role in the development of menu items. Although these dishes are not new, the potential is great with new menu items appearing on both mainstream American and non-Asian ethnic menus, exposing these dishes to more diners.

As more Americans embrace the lifestyles of flexitarians, vegetarians, and vegans, we are seeing more consumers focus on the environmental and economic issues associated with meat consumption.

The market for plant proteins is allowing many Americans to realize they no longer need to depend on animal-based protein sources. In the U.S., 37 percent of consumers ages 25 to 39 are likely to seek out plant proteins. Based on a survey by Packaged Facts, half of respondents noted that they have eaten less meat in the past several years. A third of respondents said they are eating more meatless meals than in the past, and 15 percent avoid red meat all together.

4. An Emphasis on Avoided Ingredients

With many Americans focusing on how their bodies reacts to certain ingredients, the food industry is making billions off of gluten-free foods, non-GMOs, and ancient grains.

Non-GMO items are also making their way to the top of grocery lists. Packaged Facts estimates that retail sales of foods and beverages identified as non-GMO were approximately $200 billion in 2014. Analysts expect that non-GMO food and beverage retail sales will increase 65 percent, reaching $330 billion by 2019. Marketers are taking advantage of this trend by marking many items non-GMO, including products that have not ever been sold with GMOs, such as organic products and even salt.

Lastly, we found a popular ingredient being used at home and at dining establishments: ancient grains. The ongoing appeal of ancient grains such as quinoa is linked to the non-GMO and gluten-free trend. But, many recipes are also using them simply because of their ability to add visual, flavor, and textural appeal. Ancient grains are continuing to become popular and find their way into a number of product categories, from beverages to sweets.

The food industry is continuing to experience changes as new trends emerge and consumers try and demand new products. Staying on top of these changes is crucial for both food retailers and food establishment operators. To learn more about analyzing food trends to create business opportunities, download a free white paper from Packaged Facts titled How to Idenitfy Food Trends.