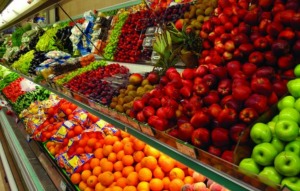 Once a darling of Wall Street, the Whole Foods brand is facing increasing competition in a rapidly changing marketplace. Some investors have sarcastically nicknamed the company “Half Foods,” because its shares have dropped 31 percent this year. To remain competitive, Whole Foods recently announced plans to reduce its workforce by 1.6 percent, or 1,500 jobs.

While more and more consumers are buying organic foods, they are no longer choosing Whole Foods as their primary retailer of choice. In this blog post, we’ll explore some possible reasons for the shift.

Today, consumers have more options than ever when it comes to buying organic foods. Organic foods are not limited to natural food chains or alternative health food stores.

“Every major supermarket chain in the U.S. — from Kroger to Target to Safeway to Walmart — have store-brand lines of natural and organic products. These are truly mainstream products,” explains a report from Packaged Facts.

In an increasingly crowded marketplace, Whole Foods has lost market share to conventional supermarkets and mass merchandisers that offer lower-priced organic products. In fact, Costco has surpassed Whole Foods and is now the No. 1 seller of organic foods in the United States, according to some estimates.

It's clear mainstream grocers are taking a large bite out of the market, but how do the numbers break down among different types of retailers? Consider the following estimates provided by Packaged Facts:

In order to grow its customer base, Whole Foods is making some tactical adjustments. According to a recent article in the Washington Post, Whole Foods plans to focus on its exclusive brands and prepared foods business and expand its digital capabilities. It will also work on marketing promotions to customers, while avoiding “a race to the bottom.”

Learn More About This Shifting Market

To find out more about current developments, download a free resource from Packaged Facts that highlights the top trends in the food and beverage industry in 2017 and 2018.

About the Author: Sarah Schmidt is a Managing Editor at MarketResearch.com, a leading provider of global market intelligence products and services.