3 Key Ways Walgreens Is Advancing the Market for Retail Clinics 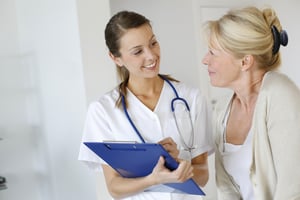 In 2018, the U.S. retail health market continued to adapt and change. While much of the recent news cycle has been dominated by talk of the mega-merger between CVS (operator of the MinuteClinic) and Aetna, another key industry player – Walgreens Boots Alliance – has been quietly growing its already expansive network of partnerships with regional health systems and other entities.

Walgreens maintains the second highest number of retail health clinics in the U.S., with Walgreens retail pharmacies housing over 380 facilities. While some of these clinics are operated by the company and do business as Walgreens Healthcare Clinic, many are operated by health system partners. Here are three partnerships Walgreens is leveraging to expand the scope of its retail medical portfolio in 2019 and beyond.

Near the end of 2018, Walgreens announced a number of additional partnerships or expanded relationships:

In June 2017, LabCorp and Walgreens announced a partnership to open LabCorp specimen collection sites inside of Walgreens stores.  After establishing 17 facilities, the two companies expanded on this partnership in October 2018, announcing plans to open an additional 600 locations over the next four years.

The services provided at these locations range from routine blood work to employment drug testing to employee wellness. Similar to retail clinics, these sites offer in vitro diagnostics as well as wellness services. In addition to increasing healthcare accessibility to consumers, these centers can benefit Walgreens’ retail operations by generating in-store foot traffic and increasing the possibility of add-on purchases.

Walgreens has also grown its partnership with UnitedHealth Group’s MedExpress subsidiary. The initial collaboration – which began in 2017 – established MedExpress Urgent Care centers adjacent to Walgreens stores. Though connected to the retail space, these urgent care centers maintain separate external entrances. Currently, there are 15 such locations throughout the US.

Much like the LabCorp locations, these facilities are another step by drug store chains toward improving wider access to healthcare.

Walgreens is expected to continue to be a major player and trend setter in the retail health care industry for the foreseeable future. For more information on these insights and others, check out Kalorama Information’s recent industry study, The U.S. Market for Retail Clinics, which offers:

Click the button below to view the full report page:

About the Author: Dan Debelius is an industry analyst at The Freedonia Group, where he writes industry studies on the consumer and commercial goods market.