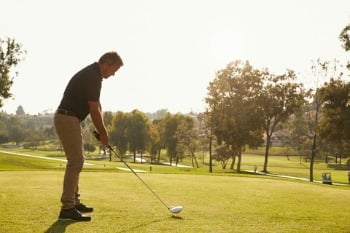 In 2014, Dick’s Sporting Goods let go of more than 500 PGA professionals who were employed in the golf sections of their stores, due to the declines in the golf industry. According to the Outdoor Foundation and the According to the Outdoor Foundation and the National Golf Foundation, between 2006 and 2015, the number of participants who completed at least one round of golf in a year averaged 2.7% annual declines, falling from 29.8 million in 2006 to 24.1 million in 2015. In 2005, there were over 16,000 golf course facilities in the US, but, by 2015, only around 15,200 were operating.

Despite these ominous statistics, other indicators point towards a positive outlook for golf equipment sales. First, recent product introductions have included high-priced clubs, such as TaylorMade Golf’s $500 M1 driver, which have been popular enough to raise sales in value terms. In addition, the number of committed golfers in the US, which currently accounts for about 80% of total participants, has been more stable than the overall number. These committed golfers account for over 90% of equipment spending.

Interest in golf was also at an all-time high in 2015, and, while interest does not necessarily result in participation, 2.2 million people tried golf for the first time in 2015, the second highest number ever. In addition, for the first time since 2012, early 2016 data indicates a rise in participation over the previous year. Current levels of involvement in alternatives to a round of golf, such as a driving range, indoor golf simulator, or TopGolf facility, also bodes well for future participation rates.

For numbers and analysis covering US sports equipment demand by product category for 2005-2015 with projections to 2020, see Sports Equipment: United States, a report published by the Freedonia Focus Reports division of The Freedonia Group. The report also offers discussion of pertinent trends in product development, trade, and retail sales.