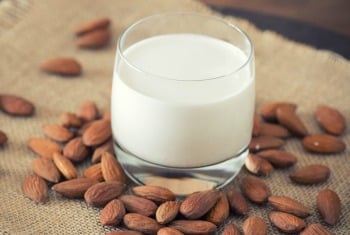 Note: The following is an excerpt from the new white paper "Terminology Tempest in the Dairy Case" by David Sprinkle, Research Director of Packaged Facts. To read the entire white paper, download it here for free.

The recent European Union Court of Justice ruling against marketing of non-dairy soy / soya products in dairy terms (such as soy “milk” or tofu “butter”) was the right call, narrowly speaking.

From the consumer protection viewpoint, however, it’s not clear that much justice was served. Nor is the European dairy industry likely to benefit significantly, as is the case with parallel initiatives taking place in the U.S.

Since 2013, European Union law has specified that dairy terms such as milk, cheese, yogurt, and butter are restricted to animal products. With logic that fails to leap out, at least on this side of the Atlantic, EU regulators baked in exceptions for dairy analog products including almond milk and coconut milk, which are relatively new as packaged dairy alternative beverages. Ice “cream,” similarly, was allowed for non-dairy alternatives.

The EU regulators left soy “milk” out in the cold, even though soy milk has been marketed in Europe as well as the U.S. for a century. While marketers of soy-based dairy analogs were officially barred from using dairy terminology for their products, enforcement of this restriction has been lax, as in the parallel case in the U.S.

This led the main consumer protection organizational alliance in Germany (funded by the Federal Ministry of Consumer Affairs, Nutrition, and Agriculture) to file a case in German courts against Tofu Town—a German food manufacturer that (as the company name proactively gives away) markets soy-based foods. The matter was subsequently referred to the EU Court of Justice, which ruled against Tofu Town on the letter of the law. Establishing regulations without enforcing them is seldom optimal, so as a point of order, the court ruling makes sense.

Muddy Waters in the Dairy Case

But little else adds up in this skirmish among dairy case competitors, especially if you focus on what should be the intent of the law. The essential purpose of food identity standards is to protect consumers from buying products that aren’t what they claim to be (not to establish a canon of federally sponsored foods). Adulterated products—diluted or made cheaply with inferior and sometimes unsafe substitute ingredients—have a long and dishonorable history in the milk industry, in urban as well as remote markets, such that the concept of dairy “purity” is rightfully close to the heart of dairy producers.

Moreover, the historical trajectory of soy milk in the West (setting aside the far older East Asian tradition) ties in to wartime food shortages and substitutions for meat, flour, and dairy. In the Western context, soy products gained extra visibility around World War I, and then spiked during World War II and the post-war recovery era. This historical context supports the mainstream industry perspective that dairy milk is the real thing, a gold standard against which products made from soy are second-best imitations and substitutions.

But time has paved over that history. It was in the late 1970s that soy milk really began to take off, particularly as a counter-culture health beverage in the natural food channel. Soy (though now dogged by GMO concerns), almond, coconut, and other plant milks and blends have subsequently gained significantly in popularity. In this process, plant milks became entrenched in mainstream supermarkets (as have hit products from the natural food channel generally)—first fairly innocuously in the shelf-stable center store, but then much more visibly, and competitively, in the refrigerated dairy case. 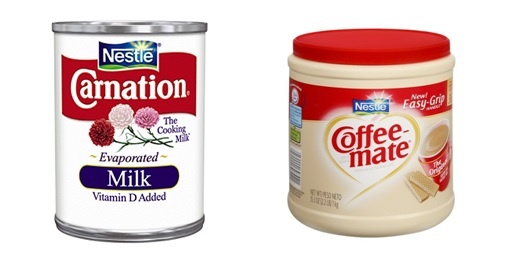 If anything, therefore, the current market context for plant milks in Western grocery stores is the opposite of what food identity standards are meant to protect against: consumers buying adulterated, knock-off products that are spuriously being passed off as the real thing.

A Clarification Without a Confusion?

The reasonable assumption is that buyers of dairy alternative products know what they are buying. It’s difficult if not alarming to imagine a consumer so unwary as to purchase Tofu Town Soyatoo! Tofubutter—further labeled as “100% vegetal,” and boasting of being “the best soy on planet earth”—under the assumption that this product is dairy fare. 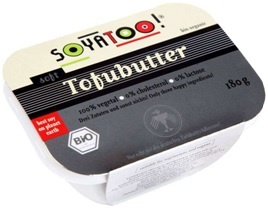 In the case of refrigerated plant milks and other dairy alternative products, factor in that plant milk buyers on the whole are paying more attention to nutrition, rather than less. And factor in that the standard dairy counterparts are usually very prominently, and more economically, available for sale just an eyeshot and arm’s length away. (An exception is when plant food products are formally slotted into a specialty section, such as natural/organic or vegan foods.) The merits of dairy products vs. their non-dairy analogs can and will be debated, but it’s hard to question whether consumers are making free choices, with ingredient information literally at their fingertips, in a land of plenty.

This blog post contains one section of the "Teriminology in the Dairy Case" white paper. To read the rest, download the white paper for free on the Packaged Facts website. Or check out our Dairy and Dairy Alternatives news page