How to Conduct Market Research When There Is No Existing Market 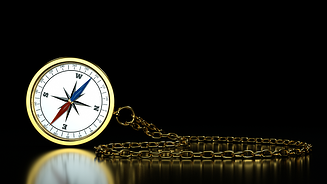 A lot of market research material will jump straight to the usual topics: competitors, customer segments, cost, and so on. However, for many modern entrepreneurs, their exact market simply doesn't exist. Like the DVR, mp3 player, and tablet, some markets are invented to disrupt older, existing ones. It can be tempting to move forward without doing comprehensive market research: after all, what is there to research if the product is entirely new?

However, when starting a company in a new market, it's even more important than ever to research before you launch your business. The right approach will involve two types of research, primary and secondary.

First, you need to identify your likely customers. You might make a mistake with some early assumptions, but that's fine! Your market research will help you refine—and if necessary, overhaul—your expected customer segment.

Focus on current frustrations and limitations that your potential customers have in industries similar to the one you plan to create. For example, early tablet makers were already seeing the impact of smartphones before they released their initial devices. Many older smartphone users lamented the small size of the screen, wishing they had more options for enlarging text and icons. Others loved the intuitive user interface found on smartphones, and commented that they wished the same experience existed on laptops and home computers, familiar technology with sometimes unreliable usability.

Tablets—particularly the iPad—solved these consumer problems and created a completely new industry. In fairness, others had attempted to enter the space before, but it wasn't until the iPad that the tablet space became a legitimate industry.

There's always a temptation to ask customers to tell you exactly what they want. This works incredibly well for existing products, but less so for new markets. As a rule, the general population is less effective at dreaming up what the next great company will be. Focus on solving customer pain points, and the good ideas will follow.

Potential customers can be interviewed in a variety of ways, from online surveys to focus groups to informational interviews. That said, keep perspective. Each survey should have a clear, actionable goal, and small conversations among focus group participants should be considered "helpful contributions" rather than "statistically significant facts."

It's easy to trick yourself into thinking your new market is so novel, so unique, that there is simply nothing like it. This is a mistake. In reality, even the most wacky new market ideas have a variety of market precursors. Even if you're designing an all-new way to watch television-programming, researching old surveys by classic TV manufacturers can be tremendously helpful as you compile information.

What's more, several entities collect all kinds of data just waiting to be incorporated into your business roadmap. The US government publishes hundreds of annual reports on topics ranging from education to financial services to home ownership, each of which can be leveraged by entrepreneurs to inform their research.

Like checking the bibliography in a textbook or scouring references in an encyclopedia, collecting research completed by prior companies might seem like cheating, but in reality, it's just smart.

With the tech world in particular growing at a tremendous rate, the next decade will feature a series of successful companies built on almost entirely new markets. Remember: as with any company, the right market research is your first step toward making history.