Carbon Tax in Canada Will Encourage Energy-Efficiency and Renewable Energy 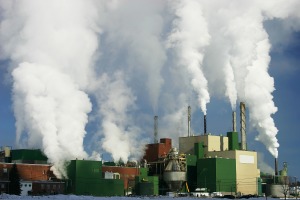 In October 2016, Canadian Prime Minister Justin Trudeau announced that provinces must develop a plan to reduce carbon emissions by 2018 or face a C$10 tax per ton of emissions. This figure would increase by C$10 per ton each year until 2022, when emissions would be priced at C$50 per ton. This tax will only be imposed if provincial leaders fail to come up with a plan to limit emissions of their own.

The new carbon pricing scheme is part of the government’s effort to comply with the Paris agreement. Signed earlier this year, the agreement aims to limit the global temperature increase this century to less than 2 degrees Celsius above pre-industrial levels. While further reductions will be needed for Canada to fully comply with its international commitment, the proposed carbon pricing scheme is seen as an important first step.