Asia is one of the leading destinations for health tourism. Countries such as India, China, Malaysia, and Thailand are witnessing large numbers of medical tourists due to cheaper treatment costs and high-quality healthcare services. In 2016, Indians and Chinese spent around $68 and $431 per head respectively on medical treatment while Americans spent at least 19 times more. This is one of the key themes explored in The Business Research Company’s recent Healthcare Market Global Report 2017. 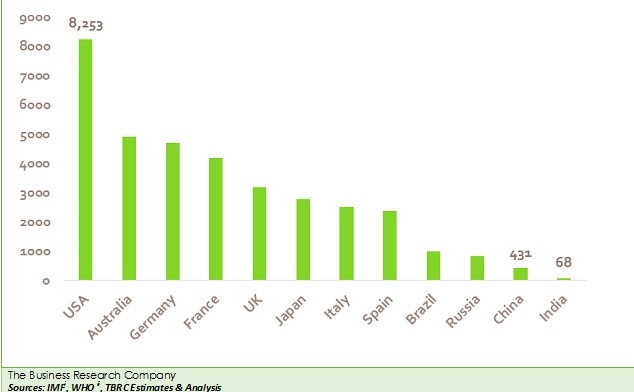 According to International Living, Malaysia was ranked the best in terms of global healthcare. The strong exchange rate between the Malaysian Ringgit and the US dollar, trained doctors, cheap air travel, and affordable healthcare costs, increased medical tourism by an average of 100% from 2012-2017.

There is a growing demand for healthcare services in Japan due to the aging population. One-fourth of Japan’s population is over the age of 65 years old. It is forecast that the aging population will make up around 40% of the total population in Japan by 2060. Japan is the highest spender on inpatient care for individuals aged 65 or above. Despite having one of the best public healthcare systems in the world, there are still areas that need to be reformed. The Japanese healthcare sector presents great opportunities for investors in different areas of healthcare services such as hospitals and home care providers.

Where to Buy Drugs in Asia? In Japan, India and China!

Asia is the largest and most populated continent on Earth. It accounts for around 60% of the global population. The huge population, large economy, and advances in technology make Asia an attractive market for healthcare services. The growing middle class population in the region has resulted in increased demand for privatized healthcare offering modern treatments and western medical standards at higher prices.

Sourcing and referencing: Data and analysis throughout the report is sourced using end notes.

About the Business Research Company

The Business Research Company is a market research and intelligence company that excels in company, market, and consumer research. It has research professionals at its offices in the UK, India, and the US as well as a network of trained researchers globally. It has specialist consultants in a wide range of industries including manufacturing, healthcare, financial services, and technology.

The Business Research Company's management have more than 20 years of varied business research experience. They have delivered hundreds of research projects to the senior management of some of the world's largest organizations.

About the Author: Sandeep has over four years of experience in pharmaceutical research and consulting. He has worked on business research studies featuring industry analysis, strategic and financial analysis, opportunity assessment, competitor intelligence, and market sizing for pharmaceutical and medical equipment verticals. Sandeep holds a bachelor’s degree in biotechnology and a post graduate degree in business management from Liverpool John Morees University.