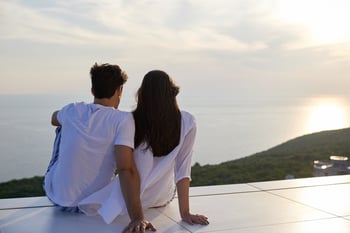 Matchmaking and online dating has become big business, with dating services estimated to be worth $2.5 billion in 2015 and forecast to grow 5.1% per year to $3.2 billion by 2020.

The dating industry consists of much more than just dating websites, although these get the bulk of the media attention and account for 70% of the industry’s revenues. America’s 124 million singles are using mobile apps more often, but traditional services like matchmakers and dating coaches are also doing well.

The dating services business is a fragmented but growing one; both small, entrepreneurial companies and $1 billion corporations compete. There is no national trade association to police ethics and marketing practices. Some services are free, while others cost up to $250,000 (for elite matchmakers). The Internet and dating reality TV shows (The Millionaire Matchmaker, The Bachelor, and others) have brought these services into the mainstream and taken the stigma out of the profession. There appears to be a service and price point for every type of lonely single person, in every age group.

Online dating has its share of challenges. It’s still “let the buyer beware.” Fake and inaccurate profiles and fraudulent traffic at dating websites is a problem, with no solution. Unauthorized recurrent billing is another issue. In addition, there have been database breaches (such as the Ashley Madison site) and a call for more background checks and for more protection of personal information.

7 Important Things to Know About the Dating Industry

Read on to learn key information about the online dating industry, including how many dating sites are there, a list of the top dating companies, and an estimate of the dating market value.

Leaders include IAC’s Match.com with $1 billion in revenues, eHarmony with $275 million, and Spark Networks with $49 million. The Match Group, now independent via a 2015 IPO, dominates the online dating space, acquiring rival Plenty of Fish for $575 million, as well as other buyouts of Meetic, OK Cupid, Yahoo Personals, Our Time, and Tinder.

3. The Staying Power of the Matchmaking Industry

It’s estimated that 1,600 independent matchmakers operate in the United States (grossing about $200,000 per year each). Their numbers are rising, and the field is doing well. This is an easy business to enter. No license is needed, as well as little investment capital, and profit margins are as high as 76% of sales. Most operate solo, in one city, but matchmakers that make $1+ million will travel nationwide and internationally for clients. New entrants are being trained and certified by The Matchmaking Institute in New York City. This market segment was worth $363 million in 2015.

4. The Role of Dating Coaches

Dating coaches are growing in number, numbering about 400 today. Dating coaches sometimes collaborate with matchmakers but often they compete with them. Most work part-time, earning $30,000 or so, but two make more than $500,000 due to extensive product lines including books, workshops, and video courses.

5. The Profitability of Dating Apps and Websites

Mobile dating apps have taken off in the past few years, but few are making any money. Most dating websites also don’t make a profit, other than the large players.

6. The Future of the Online Dating Industry

Dating websites are a mature market in the United States and customer satisfaction could be a lot better. “Freemium” is the new model — with some enticing basic services offered for free along with an upsell to more advanced, paid subscriptions. Mobile applications, Asia, Brazil, and niche sites are key drivers of future growth. Marketdata expects 7% annual growth to $2.38 billion by 2020. The large players continue to acquire smaller competitors.

7. The Appeal of Phone Chat Lines

Phone chat lines for singles is a mature segment dominated by Teligence and Quest Personals, which primarily serve a young market. Competitors here say that there is still a very viable market for these services, which allow people to connect with real people via phone — more personal and engaging than viewing online profiles that are many times inaccurate.

To learn more about the dating market and its main segments and competitors, check out the following reports by Marketdata that are available on MarketResearch.com:

These reports are the only in-depth business analysis that covers all segments of this industry, since the market has no trade association performing market research. These studies provide a fascinating analysis of one of the oldest professions — matchmaking.