A Snapshot of Consumer Spending on Thanksgiving 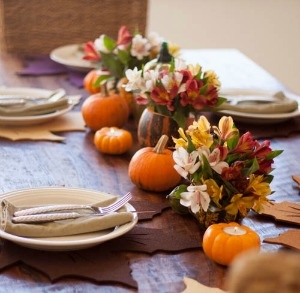 Thanksgiving Day includes many different traditions for families all over America. From cooking extravagant dinners to traveling to visit friends and famly, the options for celebrating the holiday are truly endless. But there is one common factor that affects families during Thanksgiving weekend each year: high spending.

Thanksgiving weekend is one of the most expensive of the year, and that’s not just because of the amount of turkey being purchased. Food, travel costs, and shopping on Black Friday are all contributors to high spending during the five-day span. In this blog post, we will look at some of the main factors that influence consumer spending patterns during Thanksgiving.

Americans are expected to spend close to $2.4 billion this Thanksgiving on turkey, stuffing, potatoes, and other holiday staples, according to Statistic Brain. It’s also estimated that 51 million turkeys will be bought and served on Thanksgiving Day, which is about 20 percent of the roughly 248 million raised in America in 2015. Most recently, many families have opted out of the traditional 20-pound turkey and have switched to alternatives, making it all the more important for grocery stores to offer different options for shoppers.

But turkeys aren’t the only food staple in high demand. Last year, pumpkin products accounted for $361 million in sales, which grew 79 percent since 2011. Pumpkin pie filling carried the pumpkin market with $135 million in sales, but the market for other pumpkin-flavored products is growing. Most likely due to the popularity of Starbuck’s Pumpkin Spiced Latte, new pumpkin-flavored creamers, coffee, baking mixes, and breads have become available in store. Even unusual products such as pumpkin dog food, gum, candy, and toothpastes have become available.

Thanksgiving weekend has continued to be the busiest travel weekends of the year during the past decade. In 2014, 46.3 million Americans traveled during the Thanksgiving holiday weekend. Consumers spend plenty on travel and accommodation during the weekend. The most common form of transportation last year was automotive, at 89.1 percent, or 41.3 million travelers. Air transportation reached 3.55 million travelers, at about 7.7 percent.

According to a report, domestic tourism accounts for nearly 96.7 percent of flights each year, so we can expect that a significant amount of flights during the weekend won't leave the U.S. In 2014, the average distance traveled during Thanksgiving weekend was 539 miles.

The days following Thanksgiving have all become their own holidays for the retail industry: Black Friday, Small Business Saturday, and Cyber Monday. Together, these days create one of the busiest and highest revenue weekends of the year for retail stores. In 2014, an estimated 134 million people shopped online and in store during Thanksgiving weekend.

Below is a chart depicting how much consumers spent over the weekend last year:

Although sales remain high for retailers during Thanksgiving weekend, we are seeing many trends that are changing the way people want to shop on Black Friday and the rest of the weekend. According to a report by Mintel, "Retailers have their work cut out for them during the 2015 winter holiday season given that 2014 was touted as one of the strongest in recent years." Because of positive economic factors, lower gas prices, and an improving job market, there is a good chance that holiday sales in 2015 will soar over 2014.

MarketResearch.com offers insights on consumer expectations throughout the year. Check out some of our other blogs about holiday trends and sales.