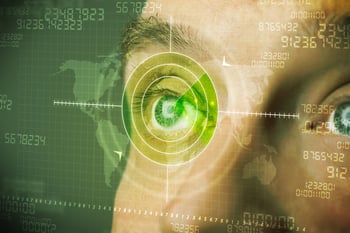 AI is deployed in almost every military application, and increased research and development funding from military research agencies to develop new and advanced applications of artificial intelligence is projected to drive the increased adoption of AI-driven systems in the military sector.

For instance, the US Department of Defense’s (DoD) Defense Advanced Research Projects Agency (DARPA) is financing the development of a robotic submarine system, which is expected to be employed in applications ranging from detection of underwater mines to engagement in anti-submarine operations. Additionally, the US DoD overall spent USD 7.4 billion on artificial intelligence, Big Data, and cloud in the fiscal year 2017, while China is betting on AI to enhance its defense capabilities and is expected to become the world leader in this field by 2030.

An analysis by MarketsandMarkets indicates that the market size of artificial intelligence in military is expected to reach USD 18.82 billion by 2025, at a CAGR of 14.75% from 2017 to 2025.  Here are eight major military applications where AI will prove its importance in the years to come.

Defense forces from different countries across the globe are embedding AI into weapons and other systems used on land, naval, airborne, and space platforms.

Using AI in systems based on these platforms has enabled the development of efficient warfare systems, which are less reliant on human input. It has also led to increased synergy and enhanced performance of warfare systems while requiring less maintenance. AI is also expected to empower autonomous and high-speed weapons to carry out collaborative attacks.

Military systems are often vulnerable to cyber attacks, which can lead to loss of classified military information and damage to military systems. However, systems equipped with AI can autonomously protect networks, computers, programs, and data from any kind of unauthorized access.

In addition, AI-enabled web security systems can record the pattern of cyber attacks and develop counter-attack tools to tackle them.

AI is expected to play a crucial role in military logistics and transport. The effective transportation of goods, ammunition, armaments, and troops is an essential component of successful military operations.

AI techniques are being developed to enhance the accuracy of target recognition in complex combat environments. These techniques allow defense forces to gain an in-depth understanding of potential operation areas by analyzing reports, documents, news feeds, and other forms of unstructured information. Additionally, AI in target recognition systems improves the ability of these systems to identify the position of their targets.

In war zones, AI can be integrated with Robotic Surgical Systems (RSS) and Robotic Ground Platforms (RGPs) to provide remote surgical support and evacuation activities. The US in particular is involved in the development of RSS, RGPs, and various other systems for battlefield healthcare. Under difficult conditions, systems equipped with AI can mine soldiers’ medical records and assist in complex diagnosis.

For instance, IBM’s Watson research team partnered with the US Veterans Administration to develop a clinical reasoning prototype known as the Electronic Medical Record Analyzer (EMRA). This preliminary technology is designed to use machine learning techniques to process patients’ electronic medical records and automatically identify and rank their most critical health problems.

The US Navy and Army have each been conducting warfare analysis, which has led to the initiation of several sensor simulation programs. The US Navy has enlisted such companies such as Leidos, SAIC, AECOM, and Orbital ATK to support their programs, while the US Army’s programs are supported by firms including SAIC, CACI, Torch Technologies, and Millennium Engineering.

Unmanned systems used to carry out ISR missions can either be remotely operated or sent on a pre-defined route. Equipping these systems with AI assists defense personnel in threat monitoring, thereby enhancing their situational awareness.

Unmanned aerial vehicles (UAVs) – also known as drones – with integrated AI can patrol border areas, identify potential threats, and transmit information about these threats to response teams. Using UAVs can thus strengthen the security of military bases, as well as increase the safety and efficacy of military personnel in battle or at remote locations.

AI is particularly useful for quickly and efficiently processing large volumes of data in order to obtain valuable information.

AI can assist in culling and aggregating information from different datasets, as well as acquire and sum supersets of information from various sources. This advanced analysis enables military personnel to then recognize patterns and derive correlations.

For global forecasts and more in-depth information on AI technology and the military, download related reports by MarketsandMarkets.

About the authors: Tejaswi Singh is a Senior Research Associate and Amit Gulhane is a Team Lead at MarketsandMarkets, a global market research firm.