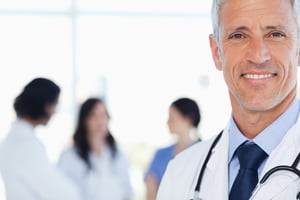 A solid lump on a person’s body is generally a cause of concern, as in some cases, it is found to be cancerous or has the probability of becoming cancerous if not treated in time.

In most cases, an abnormal clump of cells noticed on any part of the body compels people to get tested for a cancer diagnosis. Such a cluster of cells with no presence of cysts or liquid is known as a solid tumor.

According to the National Cancer Institute (NCI), a solid tumor is defined as “an abnormal mass of tissue that usually does not contain cysts or liquid areas. Solid tumors may be benign (not cancer) or malignant (cancer).” Some solid tumor examples include sarcomas, carcinomas, and lymphomas.

The underlying principle of solid tumor testing methods is based on identifying clinically actionable gene mutations, which provide crucial information on diagnosis, prognosis, and theragnosis (a treatment strategy that combines therapeutics with diagnostics) of solid tumors.

Due to factors such as the increasing awareness of early tumor diagnosis and tests along with the rising population of older people and growing cancer incidences in the younger population, the U.S. solid tumor testing market is growing significantly.

The modern tools and technologies enabling the molecular diagnosis of solid tumors are rapidly evolving to aid in overcoming challenges associated with the utilization of these tests, including the improvement of clinical utility.

These rapidly advancing technologies are developed to revolutionize medical diagnostics and treatment for the better. The advanced diagnostic tools are becoming more useful in a broader range of clinical paradigms and aiding in research and development to explore a holistic approach to cancer treatment. Some solid tumor testing technologies are discussed as follows:

It is a breakthrough technology that allows higher throughput analyses, improved cost-effectiveness, speed, enhanced sensitivity, and specificity to the diagnostic procedure.

Since an efficient solid tumor treatment requires molecular analysis on multiple parameters, it is essential to conduct simultaneous screening of multiple genes rather than a gene-by-gene screening. While NGS technologies were originally developed in a research context, their application in clinical diagnostics can be used with laboratory-developed techniques.

Advantages of NGS over conventional methods include accuracy, sensitivity, and speed, which all have the potential to significantly impact the oncology field. The key advantage of NGS is its ability to assess multiple genes in a single assay, eliminating the need to order multiple tests to identify the mutation. The time taken to process the diagnosis decreases with a multigene approach, which provides more economical solutions and reduces the risk of exhausting precious clinical samples.

The optimization of real-time PCR techniques for the detection of single nucleotide polymorphisms (SNPs), minimal residual disease (MRD), and chromosomal translocations has been the focal point of the application in clinical oncology. There is a direct correlation between the detection of MRD and the clinical outcome of the disease in many lymphomas, making MRD monitoring important for therapy guidance in clinical settings. The major challenge while optimizing such assays is the development of standardized protocols across different laboratories.

Due to the advancements in liquid biopsies, PCR technology is becoming increasingly popular and the preferred form of solid tumor testing. Even though NGS is the primary analysis method for liquid biopsy, it is more expensive.

It is a technique based on the complementary pairing of labeled DNA or RNA probes with normal or abnormal nucleic acid sequences in intact chromosomes, cells, or tissue sections.

ISH has the unique advantage over other molecular biology techniques of allowing localization and visualization of targeted nucleic acid sequences within morphologically identifiable cells or cellular structures.

ISH has evolved into a considerably advanced technique with a variety of options, such as fluorescence-ISH (FISH), genomic-ISH (GISH), and colorimetric-ISH (CISH). However, the FISH technique has received significant traction within the scientific community, owing to its variability across medical applications.

For the FISH technique, fluorescently labeled small DNA strands can bind to a person’s DNA fragments, which correspond to a particular region of interest within the genome and aid in assessing chromosome or gene copy number. In the event of duplication, a greater amount of the probe will hybridize with the sample DNA, resulting in the detection of high fluorescence. In the event of a deletion in the genome, the probe will not attach to its complementary region due to its absence, resulting in no fluorescence.

The FISH test is used in all types of cancers, including lung, breast, bladder, and many more. For instance, in the case of breast cancer, the protein human epidermal growth factor receptor (HER2) is produced in excess because of a change in the HER2/neu gene. The FISH test is used to measure the volume of the HER2/neu gene in each cancer cell. If the test is strongly positive for HER2, that concludes that the drug trastuzumab (Herceptin) is much more likely to work for that patient.

In this technique, monoclonal and polyclonal antibodies are used to detect specific antigens in tissue sections. The IHC technology is widely used in cancer diagnostics because specific tumor antigens are expressed newly or significantly upregulated in certain cancer indications. The importance of IHC in pathology has been vastly studied, especially in the sub-specialties of oncologic pathology, hematopathology, and neuropathology.

IHC has been extensively used for disease diagnosis, drug development, and biological research. Employing use-specific tumor markers, physicians have successfully used IHC to identify the cell type and origin of metastasis to locate the primary tumor site, determine the stage and grade of a tumor, and diagnose the type of cancer as benign or malignant.

When the high resolution of liquid chromatography (LC) is coupled with the fast and sensitive mass spectrometry methods, it helps in the quantitative measurement of proteins, post-translational modifications (PTM), and isoforms in a complex biological specimen, with the help of which huge expenditure can be cut down which is generally involved in developing specific immunoreagents.

The usage of liquid chromatography/mass spectrometry in the field of oncology is growing rapidly, mainly to predict treatment outcomes after chemotherapy. Additionally, it is also used in the early detection of rare cancers such as esophageal adenocarcinoma.

The healthcare industry has made significant progress with the development of such advanced diagnostic tools and technologies in the field of oncology. Moving forward, we expect stakeholders and government authorities to aim to make these diagnostic and treatment facilities more accessible and affordable to the global population.