Is High Inflation Here to Stay? Industry Analysts Weigh In

Have we turned a corner? Will high inflation continue for years on end?

An influential economist, the UK central banker Charles Goodhart, raised the alert that demographic changes and widespread worker shortages could trigger decades of rampant inflation in advanced economies. His theory—recently highlighted in an article published in The Wall Street Journal—caught the attention of central bankers around the world and spooked investors at Morgan Stanley.

To put these concerns about inflation in perspective, I asked industry analysts at The Freedonia Group to weigh in on the ideas covered in the article. They shared important implications to keep in mind and explained why the real answer may not be so clear cut. 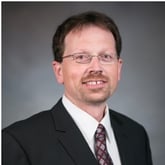 “An effective reduction in the size of the labor force due to high levels of retirement in the baby boom generation without corresponding backfill in new, younger workers would be expected to lead to a sustained period in wage inflation, particularly if you are looking at things over a longer time horizon (years, not months).

That said, there are other factors that can impact inflation over shorter time horizons, whether it's pandemic induced supply shortages, weather-related disruptions in food commodities, or war-related spikes in oil & natural gas prices.

There are always a balance of factors at a play, and I think the point is that if there are no obvious deflationary factors powerful enough to offset the inflationary impact of strong wage growth, overall inflation will rise faster than we've seen in quite some time.

The crux of the argument is that globalization has effectively expanded the labor pool of low wage workers, particularly in China. This has helped restrain global wage growth as manufacturing shifted to China or companies increased automation to remain competitive. Now that a lot of those workers are set to retire, and China's workforce is expected to shrink, this process will reverse.

I think this assumes that manufacturers have no other options in other developing countries as new alternative sources of cheap labor. I'm not sure I buy that, with Vietnam being a case in point.

Eventually, yes, as living standards in developing countries rise at a faster pace than the global average and you get more parity around the world, these arguments would hold. I'm just not convinced we are at that point yet.

Even within the US, Europe, or other Western economies dealing with baby boomer retirement there are additional factors that were not really addressed much in the article. While Japan was mentioned as a country that has seen almost zero inflation despite a declining workforce, they didn't really touch on why. My guess is that some of this is because for most people retirement is either fixed-income, or close to it. Purchasing power decreases over time when income grows slower than inflation. With more people entering this situation, you suddenly have one of those deflationary forces I mentioned earlier getting stronger.

Additionally, at least in the US, healthcare for most of those entering retirement is government funded. Eventually the government is going to have to figure out how to pay for that, which means higher taxes (even if no one wants to admit it). Higher taxes are also deflationary and would help offset any increases in wages from your smaller workforce.

So yes, while there is a definite demographic shift coming that would tend to favor higher inflation, the real answer is unlikely to be so clear cut.”

“Fewer workers also means more automation—that’s something we've also been seeing happening and there's plenty of room for more automation in China and other places and industries that had been relying on plentiful and cheap labor. Robots, AI, and automation are growth areas.

Regardless, the demographic shift in the US as more boomers retire means that what people want will be different—retired people spend differently than working people. Also, these are going to be important questions in the coming years: 1) what does boomers pulling their retirement savings out of the stock & bond markets mean for those of us still in it? 2) what happens to government spending/allocation as this huge demographic claims social security retirement and more and more Medicare/Medicaid dollars?” 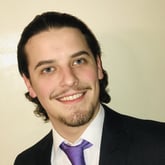 “Changing demographics may create inflationary pressure, but there's many factors that go into actually creating inflation, factors that all react to each other, including consumer habits, fiscal and monetary policies, and supply chains. Even in the article, the author talks about ‘deflationary forces’ within the last 30-40 years, but those didn't actually result in deflation.”

To keep on top of new industry research in the fields of your choice, subscribe to monthly Industry Update Emails from MarketResearch.com. Use this link or the button below to sign up for free.