How to Stand Out During the Rise of Computerization 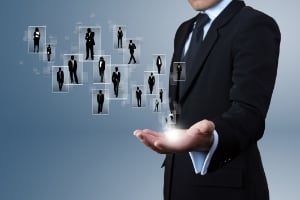 It is estimated by the year 2016 that 191,800 multipurpose industrial robots will be shipped out worldwide. With the addition of computerized automation and other technology to the mix, it should come as no surprise that millions of people have lost their jobs in the past 30 years. Oxford researchers say that 45% of America’s occupations will be automated within the next 20 years. You also might not even need match.com in the future because bold predictions say that by 2050 humans can fall in love with and marry robots.

Kristof De Wulf explains how the era of average is over and outlines four ways to not get left behind. Although computerization and the rise of big data have transformed the market research industry, technology still lacks the qualities found in traditional market research - human interaction, understanding and behavior. So, you may be thinking, what’s the best way to avoid being affected most by this technology take-over? Stand out. Be anything but ordinary.

High-skilled employment is more valuable than routine tasks carried out by technology. According to author Malcolm Gladwell, the best way to reach this high level of skill is by practicing the “10,000 hour rule.”  Gladwell studied highly successful people, such as Bill Gates and Paul Allen, who started to acquire their 10,000 hours of practice when they were teenagers, which led to them becoming billionaires after dropping out of college. Furthermore, Gladwell’s study showed that highly successful people eventually fall in love with practicing their skills, spending time at their craft even on their own down time away from the job. It’s important that you enjoy what you do and master your skill level. As Albert Einstein once said, “Once you stop learning, you start dying.” To stay ahead in your profession, you have to stay on top of your field.

You have to think outside the box, or in this situation, the computer/robot. We, as humans, have a habit of sticking to what we know. However, some of the most successful entrepreneurs and business execs are risk takers. According to Business Journal, "creative thinkers are alert to changes in the external business environment – new technologies, shifts in customer needs, industry trends, or competitor actions." Don’t fall into a category of “the norm.” Work your way up in your career by creating a few mind-blowing ideas and stick with that creative mindset.

Diversity leads to a boost in ideas, the ability to understand a variety of customer segments, and the ability to expand internationally with greater ease. Some companies even use diversity as a competitive advantage. The variety of skill-sets, backgrounds and interests contribute to higher levels of success. Computerization/robots bring the exact opposite of diversity, creating a homogenous environment. Therefore, it’s important to embrace diversity in order to increase creativity and productivity, while bringing new attitudes and processes.

Be Discerning; Learn How to be Biased

While bias is often described in a negative way, it can also be described as discerning. Essentially, that’s the true meaning anyway – making a judgment based on certain criteria - and we know the better judgment, the better the outcome. Having good judgment is always a plus, whether in your personal life, or the workplace. Good judgment with consistent communication is a fundamental mix for effective leadership. Essentially, it is necessary in order to make good decisions which, in turn, determine the results you achieve. Being aware of any bias you have allows you the ability to stretch beyond your current preferences and not limit your success.

Studies have shown that occupations less likely to be affected by computerization are those that require creative and social intelligence. Although the growing takeover is inevitable to some degree, we need to embrace our skills, rise above average and create unrivaled job capabilities.

To learn about some of the challenges students will face when entering the market research industry and how they can come out on top, download our free white paper!