How 3 Companies Used Market Research to Pivot their Businesses 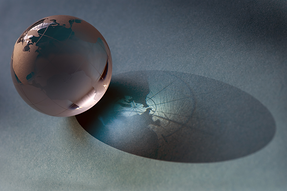 You've done your initial market research and you've rubber-stamped your company business plan. All that's left is execution. Your superstar team turns your idea into a business, as you acquire new users, close your first few sales, and build great new features for your website. Revenue grows a bit, then stalls, then falls, but perhaps it's just a typical hiccup for a young company trying to get things going. A large tech company then makes a product similar to yours, but you reassure your employees by stressing the features that make your version unique. A few customers drop off. User counts decrease. Your crack squad of talented developers launches three new features, but by now, you're feeling desperate.

"Pivoting" happens all the time, in both large cases and small. Put simply, a company pivots when it changes some aspect of its business in a fundamental way. Sometimes, a company will simply pivot by stressing a new feature on the same product. Other companies will learn to focus on an entirely new customer base. Still others will change their entire business overnight.

First, let's take a look at a few rules for when to pivot (and when not to). Next, we'll review a few famous examples, and how each company used market research to make its difficult—but eventually, successful—decision.

When not to Pivot

Successful pivoting is about leveraging the good elements of your company and doing away with the bad. The best pivots reveal the great research and innovation behind a misdirected initial bet. Bad pivots try to justify doomed businesses that simply need to admit failure. As always, staying on top of market research, even as your company grows and develops, is the key to identify if and when you need to pivot.

Here are a few famous examples of successful pivots, and the market research that helped make the decision.

In 2005, Evan Williams and Biz Stone designed a platform to create, browse, and share podcasts. They were making a bet that podcasting would become a mainstream medium for sharing news and broadcasting opinion. They would eventually be proven correct, but not before Apple launched podcast support for iTunes in June. Williams and Stone took a step back and researched the new market, exploring user adoption rates, technology, and customer acquisition costs. They concluded that they had no real chance of competing against Apple.

Crucially, however, they didn't simply give up. They realized that the platform they had built had tremendous scalability and potential. Suppose they doubled-down on simplicity, and just made a portal where people could share what they were up to. They looked at existing social networks like Facebook, and researched customer dissatisfaction. Users loved Facebook for photo-sharing and friend-snooping, but often found the News Feed to be overwhelming and cluttered. Their new venture, Twitter, would provide a back-to-the-basics feed of information, with a focus on news and celebrity. It seemed crazy, but they pulled it off, accomplishing one of the most successful pivots of the 21st century.

Kevin Systrom and Mike Krieger put a full year of work into a new location-based, check-in app called Burbn, even developing a full-fledged iPhone app. After releasing the app, the team wisely chose to reevaluate the market. "If felt cluttered, and overrun with features," Systrom said. He and Krieger also faced reality: they were late to the game in a trendy space already dominated by Foursquare. They removed almost all of their features, leaving only photos, commenting, and liking. They rebranded their business as Instagram. By looking closely at the market, understanding their strengths, and researching competitors, they were able to make the right call.

The rest is history. Facebook bought Instagram in late 2012 for nearly three quarters of $1 billion in cash and stock.

Pivoted from: Tune In Hook Up

YouTube began as a video dating site called "Tune In Hook Up." Founders Chad Hurley, Steve Chen, and Jawed Karim were disappointed with limited traction, but then they had another idea. After the Janet Jackson Super Bowl fiasco, they realized that finding proper videos online was surprisingly difficult. In addition, even when you could find one, the sites were buggy and unreliable. Plus, sharing was a chore: video email attachments were unreliable, and most sites failed to provide dedicated video links.

The trio set out to solve these problems, instead of trying to compete in an already-crowded space. They researched the market, and determined that they had a great shot at solving online video better than anyone else. In 2006, Google bought YouTube for $1.65 billion.

Before you decide to shut down your business for good—or worse, spend years trying to make a dying business work—remember to step back, take stock of the market, do more research, and determine whether a pivot can save your company. It just might be the smartest decision you'll ever make.

For information on the purpose of market research and the value it brings to organizations today, download our free white paper.