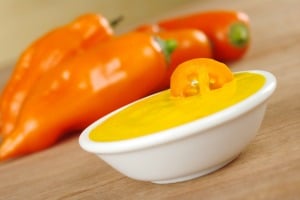 There’s a growing interest in South American foods. While Peruvian cuisine has been a hot trend and tops the ethnic category as voted by chefs of the American Culinary Federation (National Restaurant Association “What’s Hot Survey, 2014”), Brazilian cuisine is also trending. The World Cup in Brazil, as well as the 2016 Summer Olympics, will unleash an appetite for Brazilian cuisine beyond the churrascaria concept. And, new manifestations of culinary dishes from Ecuador, Colombia and Argentina aren’t far behind. Food retailers can draw from these trends to spark innovation and sales within the four walls of the supermarket and producers can leverage them for innovation in food formulation.

Flavor tourism is one of the trends currently driving interest in South American foods. This exploration of consumers to replicate travel experiences through food is personified by a willingness to try new dishes and to seek bolder flavors. By offering in-store prepared meal options that feature South American food flavors and ingredients, grocers can court foodies and shoppers who are looking for bolder flavors and specific flavor-based experiences through food.

The aji amarillo, a chile pepper popular in South American cuisine, for example, appeals to consumers wanting to indulge in flavor tourism and satisfy their craving of bolder flavors. Grocery stores can add sauces based on the aji amarillo to dishes featured in the prepared meals section like grilled chicken and seafood. Proteins that are seasoned with aji amarillo will have a complex, milder heat that won’t deter exploration.

Manufacturers can use spices like the aji amarillo (yellow aji) pepper to develop hot sauces, cooking sauces and marinades that produce a subtle heat while imparting some fruitier notes that many chile peppers lack. These flavors are nostalgic for Hispanics, but can be adventurous and new for the uninitiated among the non-Hispanic ranks.

Food and beverages geared toward health and wellness

There is also a growing interest in health and wellness foods. In fact, some top food manufacturers and experts have described this shifting emphasis on these types of health-halo foods as “seismic.” Foods that contain ingredients geared towards wellness have much upside. Data from a January-February survey commissioned by research firm Packaged Facts shows 53% of consumers seek foods with nutrients that address specific health concerns. South America offers both emerging and penetrating ancient foods that draw from a health cache. Foods, like purple corn, quinoa and amaranth, are part of the formulation of products that are perceived as health-halo and that are marketed with claims of including high-antioxidant content, support of better digestive health and gluten-free and non-GMO positioning. 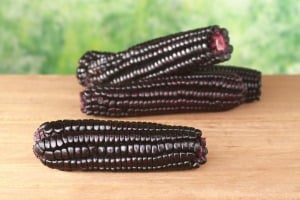 The future is bright for purple corn. Foods that contain anthocyanin, a flavonoid that research has tied to help fight cancer, is found in many vegetables with purple-ish dark colors. Peruvian purple corn has been a staple in the country’s cuisine for hundreds of years. It’s also the main ingredient in chicha morada, a purple corn drink made by boiling the corn in water with cinnamon, cloves, nutmeg and other fruits. Chicha morada is a non-alcoholic relative of chicha, a term denoting corn drinks that are fermented to produce alcoholic beverages.

The presence of purple corn drinks on food retailer shelves is increasing their popularity; these ancient drinks are boosted by antioxidant content and their perceived ability to improve wellness. Grocers can leverage the appeal of these drinks by carrying and merchandising them prominently. Manufacturers can use purple corn to develop health-halo snacks and desserts. In the Culinary Trend Tracking Series (CuTTS) from Packaged Facts, Suntava non-GMO Purple Corn Tortilla Chips and Chicha Limena from the Varas Group were spotlighted as examples of purple corn innovation and ones that will find success on retailer shelves.

With the health-ingredient snack market projected by Packaged Facts to reach $11.3B, the snacking category is an ideal place for purple-corn derived products in addition to the already emerging presence of purple corn in the beverage category.

Addressing the needs of the growing population of Hispanic consumers

Manufacturers are turning their attention to the growing Hispanic population. According to Nielsen data, Hispanics represent nearly $3 trillion in spending power. Given that Hispanics already represent more than 15% of the population and will double that proportion by 2050, according to U.S. Census data projections, it’s important to reflect on the duality of opportunities that South American foods and flavors provide, both as representing global and international cuisine, and, thus, appealing to consumers who crave flavor-tourism, and also as encompassing health and wellness foods.

Food offered with flavor and authenticity will be set up for success on retailer shelves and in the prepared meals and heat-n-serve sections of the grocery store. One strategy is to sell foods that have a nostalgic essence. CuTTS research recently spotlighted Brazil’s feijoada and the cross-Latin chupe de camarones as foods that reflect authenticity, can provide inspiration for innovation and capture major South American staples. Another strategy is to draw from the bounty of foods cultivated there that can be utilized as ingredients for formulation of new products.

We discussed purple corn, but two other foods making a splash are the pichuberry (or Physalis peruviana or Incan berry) and the purple potato. Purple potato is being used as a natural food coloring ingredient. The pichuberry is well positioned to follow the same trajectory as other popular superfruits like the Acai and goji berries. South American high-oxidant superfruits, like the pichuberry, can be used in products ranging from juices to spreads and fruit snacks. Focusing in on South American food ingredients for innovation and new formulation can inspire new successful products from which savvy food manufacturers can derive profit streams.

For more information on how identifying food trends can help your business, download our free white paper, or to learn more about the hottest emerging food trends, take a look at our Culinary Trend Tracking Series.