From Start-Ups to Apple: Why Everyone Needs Market Research 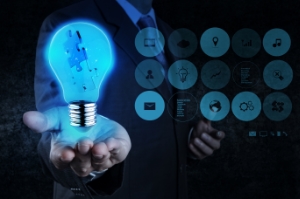 The two most famous stories about market research are used as arguments against it.

In the first story, Henry Ford famously said that no bit of research or consumer testing would have led him to car production. “If I had asked people what they wanted, they would have said faster horses.”

That may have been true, but Henry Ford wasn’t in the buggy business or even the transportation business. He was a machinist and worked on his family farm. His goal was not to build the first car or enhance transportation; it was to improve car production. Ford neither invented the car nor the assembly line; instead, he improved them so middle America could afford automobiles. He was all about improving efficiency because he knew, from market research, that most Americans didn’t have cars because they were too expensive. His job was to build a car cheap enough for America to buy, not build a faster buggy.

The second story tells how Steve Jobs famously avoided market research, relying instead on his own intuition. “We built (the Mac) for ourselves. We were the group of people who were going to judge whether it was great or not. We weren’t going to go out and do market research.”

Huh? Isn’t that the definition of market research? As he said, the computer they were building was for the group of people who would be using it, ergo, research on the market.

Later in his career, he said consumers don’t know what they want until they see it. With billions to create his products and even more to market them around the world, Jobs could afford to be wrong on product and right on marketing. Most of us can’t.

Until now, market research has been unattainable for small businesses, particularly start-ups, who can’t afford to be wrong on a product, yet can’t afford the resources to ensure they are right.

All these questions can be answered through market or industry research.

Historically, market research reports were 200-page studies, often priced out of reach for small businesses, covering the entirety of an industry or market. However, Profound.com created a system where small companies and individuals can buy just the parts of the report they need. Often compared to iTunes, which allowed consumers to buy a single song instead of the whole album, Profound.com gives users the choice of creating their own report while buying just the parts and pieces they need.

Everyone needs market research. Now, everyone can afford it.

Get smart quickly by signing up for a free trial of our Profound solution. You'll never buy market research the same way again