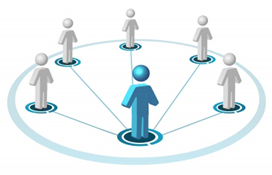 In the first episode of the hit series Mad Men, Don Draper explains to the client, Lucky Strike cigarettes, that advertising is "based on one thing: happiness. And, do you know what happiness is? Happiness is the smell of a new car. It's freedom from fear. It's a billboard on the side of a road that screams with reassurance that whatever you're doing is okay. You are okay."

But, how do you measure your customers' happiness? Predict it? Create products that elicit it? Do customers even know what they want?

Customers may not always know what they want or need, but they know how a product makes them feel.

Whether you are building, buying or selling a product, understanding how that product makes a customer feel, good or bad, alerting them to the emotional trigger that what they are doing is okay, is crucial.

Big Data, or the use of large and complex data sets to answer questions and predict behaviors, is all the rage, but data is often one dimensional.  Because somebody bought a red iPhone case may not ensure they want a red iPad.  Why do products that once held the public's attention fall out of favor, never to return?

In their recently published book, The Moment of Clarity, authors Christian Madsbjerg and Mikkel Rasmussen of ReD Associates discuss a new exploration in market research, looking into what they're calling "Thick Data," which helps companies improve predicting the most unpredictable of sciences, human behavior.  According to Madsbjerg and Rasmussen, successful companies use Thick Data to "understand the emotional, even visceral context in which people encounter their product or service, and they are able to adapt when circumstances change."

The flat numbers of a business can often lead companies astray.  The numbers can drive thinking into what Nicholas Talab in The Black Swan calls "the narrative fallacy," which preys on the human need to turn complex realities into oversimplified stories.  For example, Customer X buys a blue sweater in January, which then leads a company to market blue sweaters to that customer every December in anticipation of their January purchase.  But, for a million reasons, that might be an incorrect assumption.

So, how can market research and human study help companies explain why we do what we do?

Messrs. Madsbjerg and Rasmussen studied a series of companies, who went beyond the data, to help revive lagging sales and find a new marketplace.  In a recent Wall Street Journal article, they aptly made the following comparison: "Just as you miss the feel and texture of a new city by navigating it only with the help of a GPS."

In 2004, the toy company Lego was out of sync with its customer base and on the edge of bankruptcy. ReD found that from the data Lego determined this new generation of children sought "instant traction" and wanted toys that were ready to play, as opposed to building them up brick by brick.  But, their foray into action figures wasn't on the mark.  Instead, ReD studied children playing with Legos, not in the sterile room of a focus group, but at their homes and school, where they actually played.  The pattern was more dynamic and complex, that not all children were disinterested in building. Some were builders, some were not; but, the builders wanted more difficult ways to achieve their desired goals.

The team also discovered Samsung's problems in the early 2000's when they asked the question of what a television set means in a modern household in the 21st century.  The patterns that came out of this suggested people were hiding their sets because they lacked a certain aesthetic quality.  They weren't as attractive as the rest of the furniture.  The team soon determined that televisions aren't viewed as electronics, but as furniture.

This turned into a complete redesign where they "hid speakers and other eyesores. They changed the way TVs were sold, marketed and serviced. The resulting TV—now a piece of furniture—was a perfect marriage of form and function."