With virtually unrivaled buying power and an ever-growing presence in the U.S. economy, Latin Americans have been a formidable consumer segment for years. The financial services industry, in particular, has benefited from the Hispanic population as Latino consumers have been one of the few bright spots in an otherwise dreary picture for issuers of credit cards. Level of acculturation is one of the biggest factors determining use of financial services by Latino Americans.

Media acculturation, defined based on a person's involvement watching English-language television, has created significant demographic differences across the Latino population. According to Consumer Payments in the U.S.: The Latino Market, a 2012 report by market research publisher Packaged Facts, more highly media-acculturated Latinos who watch only English-language television display several telling characteristics that set them apart from other Hispanic Americans. These findings include:

Packaged Facts found a substantial correlation between level of media acculturation and the use of credit and debit cards. While 23% of high-acculturation Latinos pay their bills with a credit card and 28% use a debit or prepaid card, the comparable percentages for Latinos with a low degree of acculturation are 11% and 10%.

The continuing exceptional growth of the Latino population is expected to translate into even more significant opportunities for issuers of credit and debit cards-especially as older Latinos become acculturated and as younger, often already acculturated Latinos mature into adulthood. The safety and convenience afforded by prepaid cards will also spur strong growth in usage by Latinos.

If you liked this article, then join me in the Minority Consumer Spending LinkedIn Group where you can discuss other similar topics and engage in interesting conversation. 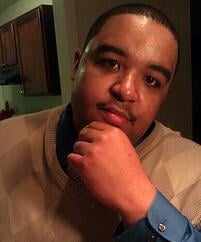