Are Your Kids the Food Deciders in Your Home? | MarketResearch.com 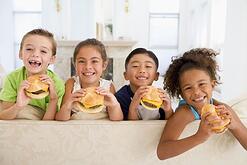 In recent years, growing numbers of Americans have expressed a desire to practice healthy eating habits,  according to news and market research reports. Yet somewhat paradoxically, more households are also turning over at least some of the food purchase decisions to a population demographic not known historically for exercising great judgement: Children and teenagers.

A recent report by the NPD Group indicates that parents let their children make breakfast-related food choices about a third of the time, and lunch selections about a quarter of the time. Parents still hold the control over dinner choices, though, ceding to children only three percent of the time, according to the report.

In addition -- and somewhat less surprisingly -- kids and teens are the main deciders when it comes to fast food choices, according to a poll last year from Viacom's youth channel, Nickelodeon: fully 85 percent of fast food choices within households are dictated by children or teens.

The Nickelodeon market research report also found that parents in general were more "inclusive" in terms of making purchasing choices with input from their children across the board, according to Time Magazine:

"This effect is more pronounced when dollars are at stake — 71% of parents say they solicit opinions from their kids regarding purchases. Nearly all let the kids weigh in when what’s being bought is mainly for the kids themselves, but more than two-thirds of parents take their kids’ views into consideration when making family purchases."

And the Nickelodeon study also found that more than a quarter of parents say they ask for their kids' input before buying items for themselves.

These parallel trends may help explain why analysts at Packaged Facts report a marked increase in consumers' health and wellness related purchases (including more vegatables and fruits and fewer high-sodium, high-carb items annually), yet also note that breakfast-food items, in general, are fast becoming Americans' favorites.