Restaurants are increasingly adding healthy eating out options into their menus these days. What is key about current menu trends at restaurants are that they are in sync with a wide variety of contemporary healthy eating styles, including low-carb and locavore, paleo and probiotic. Ultimately, restaurants are getting savvy about how to satisfy nutritional trends and an ever-expanding range of niche diners who are interested in healthy and delicious food.

Get Thee Behind Me, Gluten

More than 3 million Americans have been diagnosed as celiac, but the commitment to a gluten-free diet does not stop with them.

A March 2013 Time magazine report provides some startling news:  in a recent survey, 33 percent of those questioned agreed with the statement "I'm trying to cut back/avoid gluten in my diet". That's why Crane's New York Business says gluten-free foods were the trendiest food trend at this year's International Restaurant and Food Service Show.

The business insights firm  Packaged Facts projects the gluten-free market to expand to 6.6 billion annually in 2017. So how are American menus getting rid of the gluten? Think of an ever-increasing range of foods from appetizers to dessert - such as pizzas, sandwiches, and baked goods - employing gluten substitutes (many of which are totally grain-free).  But also think of chic treats—a salty caramel French macaroon, anyone? -whose increasing menu appeal stems from their traditionally gluten-free preparation.

As a recent Wall Street Journal article points out, When the box says protein, consumers say I'll take it.  As Barry Calpino of Kraft Foods affirms, protein-rich eating is one of those rare things that has a lot of different meanings to a lot of different people, and they are all positive. And sure enough, the growth of hamburger chains like Five Guys and Shake Shack proves that Americans still want to chow down on some red meat. But there is also an expanding range of options for protein-rich dining.

One trendy choice for your daily protein boost is plant-based foods—such as bean dishes, falafel, and veggie burgers—that are no longer associated with starving college student hangouts, but with the increasingly popular (and increasingly upscale) Mediterranean fusion restaurant.  Other protein news on the menu front comes from a 2013 study at the University of Missouri, which suggests that eating a protein-rich breakfast represses the urge to reach for that unhealthy snack later in the day. This latest information will only push the current zeal for loading up on protein in the morning even further, as breakfast menu options will further diversify, adding a range of meat, plant, and dairy options and drawing upon a range of global food traditions.

It's All Greek (Yogurt) to Me

With consumer's growing passion for global foods -- at breakfast and beyond-one pre-eminent menu item is likely to be Greek yogurt.  Breakfast smoothies and yogurt parfaits will maintain a strong hold on early-morning appetites.  And for those of us who want our Greek yogurt at every meal? In a recent New York Times article,  Florence Fabricant proclaimed that Greek yogurt is having its moment, and dressing up all kinds of lunch and dinner menu items. And for a between-meal snack?  Well, the hip frozen yogurt chain Pinkberry is picking up on the emerging use of yogurt in savory preparations, and plans to offer fresh Greek yogurt at all of its stores starting in April 2013, providing not just the usual fruit and sprinkles for your top-it-yourself pleasure, but also salad toppings such as tomatoes, cucumbers, basil, and olive oil. Don't you feel healthier just reading about it?

As the year progresses, we can expect a range of developments that will provide not only greater access to lower calorie options for American diners, but greater access also to nutritional information.

Various packaging trends familiar to American shoppers (for example, the 100 calorie snack and the FDA-mandated Nutrition Facts label appearing on most packaged foods), are increasingly shaping the experience of diners in American restaurants.  The ongoing downsizing of the restaurant meal, frequently composed of tastes, micro-courses, and small plates, suggests that diners are interested in indulgence and variety, yet in a guilt-free and, often, cost-effective way.

In addition, as the FDA moves to implement a 2010 health care law requiring restaurant chains numbering more than 20 locations to post calorie information (which many have already done voluntarily), smaller chains as well as independents will be moved (either voluntarily or by mandate) to follow suit. We are already seeing evidence of this emerging trend on restaurant take-out menus, which often highlight options for the calorie conscious. Overall, consumers will increasingly expect the same nutritional information provided on packaged foods to be available when they dine in restaurants.

I invite you to stay tuned to this blog for more fresh menu trends to watch for in  the coming year. 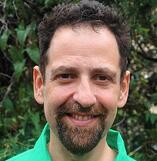