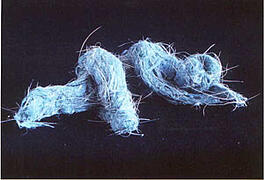 In a continuing effort to hone our quantitative market research analysis skills and lend our methodological expertise to some of the most pressing questions of our time, the analysts at MarketResearch.com offer an occasional post on quantitative research challenges.

Today’s challenge, literally under the heading of “Navel Gazing,” is to determine as accurately as possible the amount of belly-button lint produced daily in the United States.

As a base we turn to the excellent work done by the Australian scientist, Dr. Karl S. Kruszelnicki, who conducted a survey in 2011 of 4,799 people regarding their bellybutton lint (full results here). In the study, 66% of respondents reported bellybutton lint (BBL, in the study’s parlance).

Our crack research and analytic team, therefore, developed the following baseline equation for calculating our target metric in the rawest form:

Now the Kruszelnicki study also revealed several other fascinating conclusions that may require that we adjust our figure up or down slightly. For example, of those reporting BBL, 73% were male and 27% were female – result that Dr. Kruszelnicki and his team attribute to the increased level of hirsuteness in the male population.  If we apply these percentages to the adult population, noting that there are slightly more women than men in the United States, we can lower our estimate slightly.

Another factor reported in the Kruszelnicki survey results was innie/outie status.

96% of BBL-positive respondents reported innies, which clearly has a bearing on volume of lint per person if not outright disqualification for outie portion of the population.  According to DivineCaroline, about 90% of humans have innies, so we may want to adjust our adult candidate figure downward by 10%. Mitigating this reduction, one might speculate that the increasing incidence of overweight and obesity in the United States could contribute to an increase in incidence of innies or at least an increase in the volume of lint per person in the coming years. We’ll save the CAGR calculation and forecasting for another post.

Finally, we decided to measure by volume and then convert to mass from that volume determination. This is fraught with difficulty as a blanket 50 mm3 of lint to the gram (used above), is problematic. This conversion could potentially introduce significant errors based on the lint’s fiber composition.

Do let us know if you have other confounding variables, enhancements to the model, new primary data, or a different approach that you think will produce better results. And if you have an idea for another meddlesome and/or pressing research question, let us know and we’ll get right on it.

For more information on how to effectively use market research, download our free eBook.