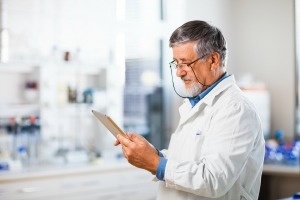 There’s a sentiment in some quarters that applying technology to market research, particularly automation, is either out of scope, or introduces sampling or methodological variability. As a result, an amazing amount of mundane survey setup, and data integration, and reporting remains manually done. This is rather silly given the rich complement of technology available to take that off of market researchers’ hands, and frankly, assure greater accuracy.

Manual market research efforts are particularly evident in sectors where research is submitted to added scrutiny by regulatory authorities or peer-reviewed publications, like life sciences. In the interest of data quality, well-intentioned market insights staff spend a bulk of their time performing routine tasks such as excluding previous respondents or filtering wave data manually. Such inefficiencies are seemingly small per instance. Yet in aggregate, with billions spent annually on awareness, trial, and usage (ATU) studies in the pharmaceutical industry alone, manual work like this carries an enormous price tag.

Researchers need only look to social media for inspiration on a better way. Twitter and Facebook are digital documents of thoughts and experiences over time, with Facebook’s Timeline feature automatically organizing content by the date it was posted, and Twitter’s latest Timeline feature allowing Tweets to be sorted by relevancy and chronology. Timelines use algorithms to automate shares, tags, and Tweets in what most people regard as a generally helpful. They serve up micro-moments, as some call them, so users can focus on enjoying and discussing what they find meaningful in those streams of thoughts and pictures.

Market research efforts such as the tracking study can and should evolve using social media strategies learned in the past decade. From the days of economist Adam Smith to now—fundamental to growth is the increasing division of labor—efficiency allows enterprises to grow. In a market research context, that means letting machines and humans each have the task best suited to them—with the managerial wisdom to know the difference.

So how can the market research industry grow with such efficiencies?

There is a debate, at times raging, about how machines are slowly but surely replacing humans. In market research, however, the primary motivating factor is how to use machines to do the large quantity of tedious work so humans can concern themselves with the quality of work.

For example, a company was tracking broad perceptions about a pandemic that will impact its sales. It surveys a target physician and patient community in February, and then again in April. By using automated tools the team integrated Wave 1 results from February with Wave 2 from April three times faster—taking 75% less time it would otherwise typically require. Since this team intends to survey again every two months, the time savings will accrue. An algorithm now lets researchers do just this—setup their tracking agendas for the entire year, saving dozens of hours per quarter.

In another instance, a pharmaceutical firm was launching a first-in-class cancer therapy and needed supplemental data in addition to a large baseline ATU study. The company performed a series of 12 microsurveys with 50 oncologists each. Then, using the MicroTracker automation solution, the pharma company produced a monthly dashboard of key metrics for quick distribution and interpretation by senior management. Graphs showed trending perceptions on important dimensions such as efficacy, tolerability, and safety. The automated data confirmed that the target market perceived a positive efficacy-versus-safety tradeoff.

Relying on such machine automation allowed this pharma market research team to spend a majority of its time analyzing the data, and sharing with senior management to make key business decisions. That’s a win-win.

The simple fact is that the machines are here. It’s time market researchers made the most of their benefits.

To stay on top of market research trends, subscribe to the MarketResearch.com blog.

Tom Lancaster is CTO of InCrowd, a real-time market intelligence solution to the life sciences.