$1.8 Billion U.S. Meditation Market Grows with New Apps and the Growth of Yoga 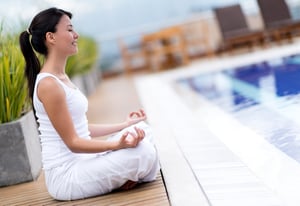 Meditation has become more mainstream in America, boosted by soaring subscriptions to apps such as Calm and Headspace. Like so many personal service markets affected by the pandemic, meditation centers and yoga studios have had to adjust and incorporate new technology that makes their service more accessible.

An estimated 36 million U.S. adults now meditate — increasing more than threefold from 4.1% in 2012 to 14.2% now. The typical meditator is a middle-aged female, highly educated, non-Hispanic White, residing in the Western U.S. — very similar to the profile of a yoga enthusiast.

Top 6 things to know about this market:

Learn More About the Meditation Industry