But is that true? To understand the nomination speeches, Beall Research analyzed them using a proprietary digital listening tool. We typically use this tool to reveal emotions, psychological processes, and cognitive processes for consumer brands, products, and services. We were curious what our tool would reveal about Trump and Clinton’s acceptance speeches.

In the analysis, rows present each candidate’s share of a particular category, which adds up to 100%. In other words, each item occurred a certain percentage of the time in Trump’s speech and in Clinton’s speech.

A Chi Square score is calculated for each distribution, measuring how much a particular distribution varies from what we would expect to occur by chance. We would normally expect that each item would occur equally in both speeches. If the item occurred more than would be expected by chance, the chi-square statistic will be statistically significant with a P-value below .05.

In this linguistics analysis, we found that Trump’s speech had more negative emotions such as anger (i.e., “fight,” “hatred,” “threaten,” “destruction”) and sadness (i.e., “suffering,” “helpless,” “regrets”) than did Clinton’s speech. Across both speeches, nearly two-in-three expressions of negative emotion are from Trump.

In contrast, Clinton’s speech is distinguished from Trump’s speech in that there are significantly more words with positive emotion, such as “courage,” “talent,” “love,” and “share.” Additionally, Clinton’s speech contains more words that demonstrate some level of cognitive analysis of and engagement with the subject matter; for example: “question,” “believe,” “sense,” “solution,” “imagine,” “decisions,” “ideas,” and “effects.”

We also conducted an analysis of the specific issues that both candidates discussed. In this analysis, we found that Clinton’s speech discussed salient issues such as “health,” references to “women/daughters/mothers,” and ideals and values (i.e., using words such as “build,” “strong,” “belong,” “opportunity”). 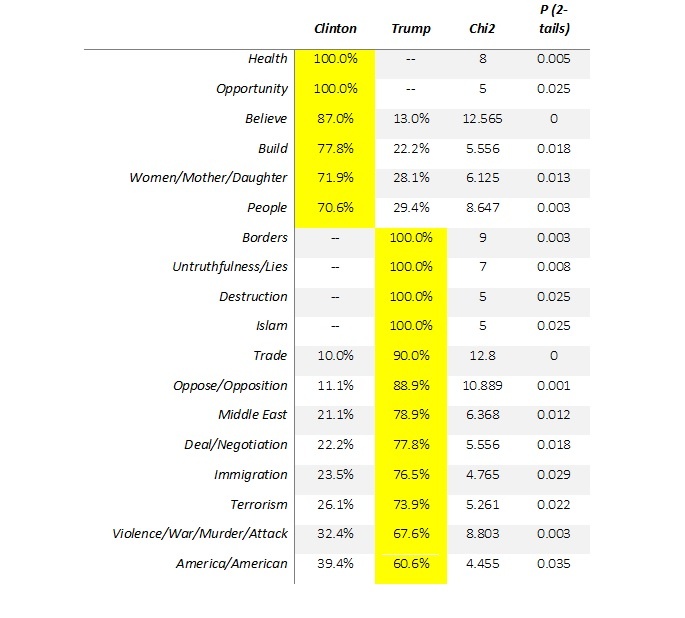 Linguistics analysis supports voter perceptions that Trump’s speech contained significantly more negative content and emotion than Clinton’s speech. Interestingly, Clinton uses significantly more words and phrases that communicate psychological processes such as insight (reflect on experience) and cognitive processes (express that a topic has been analyzed), which may contribute to positive perceptions by signaling to voters that her ideas are formed through thought and reflection.

To keep up with new ideas and best practices, subscribe to the MarketResearch.com blog. 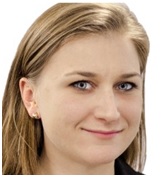 About the Author: Gina Zuercher is an Associate Group Director at Beall Research, Inc., where she oversees both quantitative and qualitative market research studies. Gina has over a decade’s experience in generating consumer insights across a variety of industries, including CPG, consumer durables, retail and grocery. She received her B.A. from Marquette.