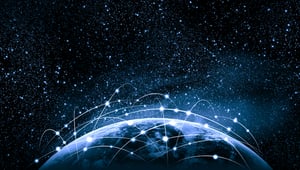 The space industry in the past was dominated by national space agencies across the globe. Currently, with the advent of new space players, the dynamics in the space industry have transformed.

Moreover, it has been observed that space agencies and private space companies are working with each other to further achieve their objectives.

The advantages of space systems for mobile satellite communications, broadcasting, high-speed data transfer, and commercial navigation are being recognized today by commercial businesses. Furthermore, there are numerous potential opportunities offered by emerging space activities such as in-space manufacturing, asteroid mining, and space-based solar power. These space activities are gathering significant interest from the private sector.

The recent space exploration pursuits of Virgin Galactic and Blue Origin to space have led both Sir Richard Branson and Jeff Bezos wanting more of this experience. The Virgin Galactic’s flight took off on July 11th, 2021, and Blue Origin’s flight took off on July 20th, 2021. Post flight, Bezos highlighted that going to space makes you realize how fragile life is and stated the importance to take care of our planet.

The recently published market intelligence by BIS Research on sub-orbital transportation and space tourism market estimated the market at $428.8 million in 2020 and projected it to reach $2.6 billion by the end of 2031. The market is set to witness a compound annual growth rate (CAGR) of 17.15% during the forecast period 2021-2031.

The sub-orbital transportation and space tourism market on the basis of end user has been categorized into commercial, military, and government. The government space agencies worldwide are continuously working on developing efficient and cost-effective satellites in order to meet their own demands for varied applications. The government segment is expected to lead the market during the forecast period during 2021-2031. The factors contributing to the growth of this segment are the increasing number of partnerships and contracts that government agencies are forming with commercial players for several sub-orbital transportation applications.

The sub-orbital transportation and space tourism market on the basis of application has been segmented into cargo delivery, earth observation/remote sensing, space tourism, satellite deployment, and others. With the growing need to make space accessible to the general public, several companies have been developing spacecraft as well as high-altitude balloons that will enable space tourism. Some of these companies include Virgin Galactic, Space Perspective, Blue Origin, and Orbspace. The space tourism application segment is expected to grow at the highest CAGR during the forecast period. This is mainly due to the growing efforts by the companies in developing space tourism vehicles.

In addition, the market has also been segmented on the basis of system and region. Based on system, it has been further categorized into sub-orbital reusable vehicles and high-altitude balloon, and based on region, it has been segmented into North America, Europe, Asia-Pacific, and Rest-of-the-World.

Understanding the Future of the Space Industry