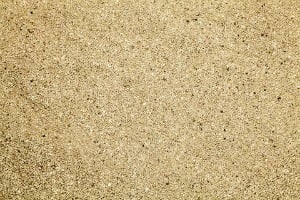 Although life may seem difficult for frac sand producers at the moment, there are some reasons to be optimistic. Firstly, drillers are using more frac sand per well, which continues to prop up volume demand. Packing additional sand into both new and existing wells allows shale gas producers to extract additional resources at minimal extra expense, and will likely remain a popular strategy going forward.

Secondly, resin coated sand is gaining market share, due to its higher crush strength and lower dust emissions. It is also sold at a higher price point, which will help sand producers’ profit margins and counter lower overall sales somewhat. Finally, new OSHA silica exposure rules go into effect in 2017. This could lead manufacturers in a variety of industries to try resin coated sand as a low dust alternative to uncoated sand.

Though the boom times are through, it appears the worst is over for the frac sand industry. Fairmount Santrol’s stock price has recovered significantly since its January low, cresting $9.00 in mid-October. Over the next five years, fracking will continue to be the largest and fastest growing market for silica sand in North America by a considerable margin, according to the Freedonia study.

The market is expected to improve even more in the longer term as drilling activity picks back up. Suppliers that diversify their customer base into steadier markets such as building products, chemicals, and flat glass will be in the best financial position to take advantage of the recovery when it arrives. Additionally, there are potential opportunities for frac sand producers outside North America. Argentina is on the cusp of its own shale boom, which could provide an additional outlet for frac sand suppliers.

All in all, the sand industry has plenty of reason for optimism. For more information on the global silica sand industry, see The Freedonia Group Industry Study World Industrial Silica Sand. This comprehensive study not only covers historical data and forecasts, it also presents demand by market — including hydraulic fracturing, foundry, glass, building products, and chemicals — for six regions and 19 countries.

About the Author: Zoe Biller is an Industry Analyst at The Freedonia Group, where she writes studies focused on various global industrial minerals markets.