Sodium-ion batteries (SIBs) are an emerging battery technology that offers cost-effectiveness, better safety, performance advantages, and sustainability over the widely used lithium-ion batteries across industries such as automotive, electronics, and energy.

Although both the batteries function the same way, the lithium components in the sodium-ion battery have been switched out for sodium compounds. The Earth's crust contains massive quantities of sodium minerals with far lower overall extraction and purification costs. In general, sodium-ion cells are seen to be 20% to 40% less expensive.

Apart from the abundant availability, the SIBs have several other advantages, such as high adaptability in several applications, energy efficiency, more fire safety than LIBs, and less toxicity. Due to this, the sodium ion battery market is gaining traction globally.

Moreover, the fact that sodium is present in saltwater at appreciable levels further suggests that the Earth's sodium reserves are virtually infinite. As a result, no matter the level of demand, sodium resources will always be accessible.

Thus, sodium-ion batteries are becoming more popular as a potentially competitive technology to Li-ion batteries in various applications. A few of these applications have been discussed further in the article.

A growing focus on cost-effective advanced storage technologies is encouraging the use of sodium-ion batteries in several sectors. The application segment consists of transportation, consumer electronics, large-scale stationary energy storage, and industrial.

In electric vehicles, sodium-ion batteries are beginning to make a strong case for replacing lithium-ion and lead-acid batteries. At the moment, this battery is mostly used in inexpensive electric vehicles like low-speed electric vehicles (LSEVs), e-scooters, e-rickshaws, and e-bikes, offering dramatically enhanced range and carrying capacity at a comparable price.

Producers and consumers of electric vehicles benefit from sodium-ion batteries' sustainability, affordability, and increased safety. The International Energy Agency (IEA) predicts that between 2020 and 2040, the demand for lithium will grow 43 times, leading to an increase in lithium's price. Although salt is plentiful, its price is unlikely to increase significantly anytime soon.

For instance, CATL, in July 2021, announced that sodium-ion batteries would be utilized in battery packs that power electric vehicles alongside lithium cells. A sodium-ion-based low-speed vehicle was also created in June 2018 by HiNa Battery Technology Co., Ltd., the Institute of Physics (IOP), and the Chinese Academy of Sciences (CAS).

One of the largest and fastest-growing industries in the world is the electronics sector. The electronics industry has grown exponentially as a result of changing lifestyles, especially in developing countries. This industry comprises laptops, mobile phones, and other digital devices, of which lithium-ion batteries have traditionally been a crucial component.

These applications need a capacity of 200-300 milliamp-hours (mAh g1), a cyclic life of at least 200 cycles, and capacitive retention of at least 80%. In the near future, sodium-ion batteries are anticipated to be a serious rival to lithium-ion batteries due to ongoing research efforts and anticipated breakthroughs in electrode/electrolyte materials.

The market for energy storage devices and batteries is anticipated to develop because of the e-commerce sector's expansion, and sodium-ion batteries are anticipated to become an attractive option for power backup.

Sodium-ion batteries are an effective method of power storage because sodium ions are extremely active and reliable charge carriers. The use of sodium-ion batteries in consumer devices is being fuelled by properties like reversibility, improved electrochemical capabilities, quick response times, and others.

Currently, the demand for large-scale energy storage systems that are inexpensive, effective, and secure is rising because of the quick development of renewable energy sources like solar and wind power. Lithium is very pricey compared to other alternatives for large-scale activities like energy storage for the electric grid. As a result, sodium-ion batteries are becoming more and more common for extensive stationary energy storage applications.

Industries focus on choosing a suitable battery with enhanced functionality because industrial applications have specialized power requirements. Durability and reliability are given priority in the industry, even if consumer goods need high energy densities to achieve thin and appealing designs.

Watch for Rising Use of Innovative Battery Technologies

Currently, innovation is driving the market for rechargeable batteries. Technology for batteries is no longer just restricted to lithium-ion batteries. Due to the high costs and impending shortage of lithium, industry specialists have started developing SIBs. Additionally, the move toward carbon neutrality is supported by the rising use of innovative battery technologies.

With greater expenditures and focused R&D efforts to smooth the transition from pilot plant-scale production to full commercialization, the sodium-ion battery market is anticipated to expand quickly in the next few years. 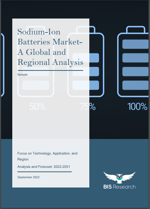