Market Researchers & Technology: The Conventional Wisdom May Be Changing 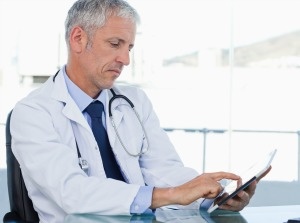 Market researchers are pros at distilling data into conclusions that hopefully better inform their clients’ business decisions. Yet rarely does the industry hold up the same mirror to itself and how its practices are meeting its own changing future.

A new “Market Research Squared” report — market research about market researchers — in a bellwether sector does just that. Its results suggest conventional wisdom about a key market research community — and perhaps, the entire profession — is either wrong, or changing.

A state of the market report about life science market research — a $2 billion sector where the intense scrutiny over market insights team deliverables make it a fascinating domain to follow — revealed a trend toward a more tech-savvy market researcher, after years of perceived reticence to fully leverage new tech options.

In an in-depth survey of 100 pharmaceutical and life science market researchers performed by InCrowd early this summer, more respondents characterize their approach to market research as “tech savvy” and “resourceful,” with nearly 50% of life science market research executives surveyed saying they agreed or strongly agreed with this statement. They outnumbered the approximately one-third who agreed or strongly agreed that “traditional” best described their approach. Given pharmaceutical firms, healthcare entities, and other life science players use market research data as the basis for regulatory filings, peer-reviewed papers, and M&A decisions, the community’s historical tendency to conservatism and adherence to “traditional” ways is understandable — making this data even more relevant.

Perhaps reflecting the nascent technology embrace, an equal percent of respondents (31% for each) described their approach as “nimble” as well as “conservative.”

The report revealed additional dimensions on technologies of interest and delved into who respondents are, how they work, what they care about, and where they need help.

These results in a key market research sector offer a critical first sign that market researchers may no longer be the cobbler’s children — providing data to back technology initiatives for clients but lagging behind in deploying it themselves. In a business world that values agility, automation, and first-to-market advantage — where the marketing professionals that often buy B2B market research are themselves part of a data-driven revolution — it’s appearing that the market research professional may be poised to embrace a new and exciting future.

To keep up with new ideas and best practices, subscribe to the MarketResearch.com blog.

About the Author: Diane Hayes, Ph.D. is president and co-founder of InCrowd, provider of an on-demand market intelligence platform for the life sciences.